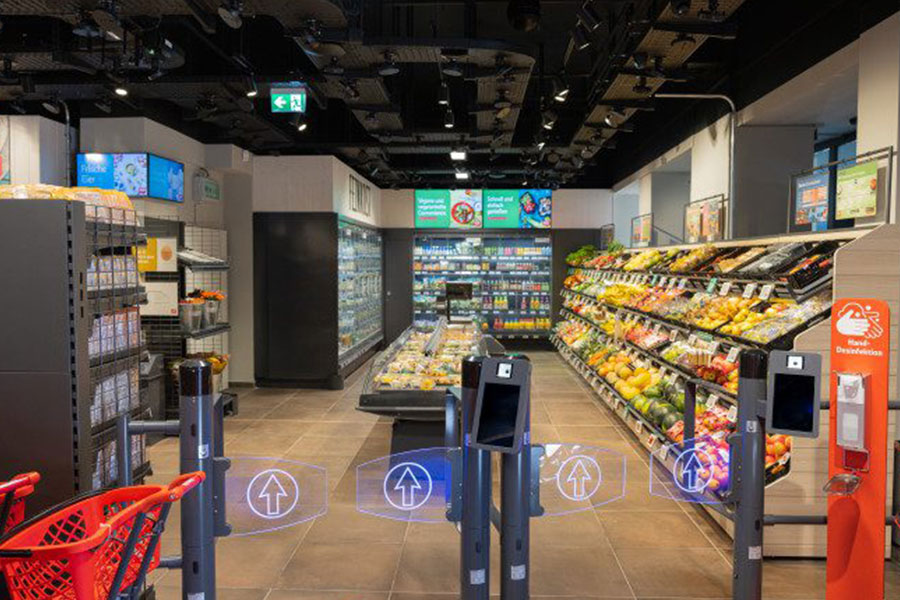 In the initial phase, REWE employees and loyalty card shoppers at the REWE store on Schönhauser Allee in Berlin’s popular Prenzlauer Berg neighborhood, will be able to walk into the shop, select their items, and simply walk out – without having to queue at the checkout lane or scan any items. Using AI-powered computer vision and off-the-shelf hardware, Trigo transforms existing supermarkets into fully autonomous and digital stores. The company applies its proprietary algorithms to ceiling-mounted cameras which automatically learn and upload anonymized shoppers’ movements and product choices. Payments and receipts are settled digitally.

The move comes one year after Trigo and REWE launched Europe’s first hybrid autonomous grocery store in downtown Cologne with a checkout-free experience under real conditions. With the new Berlin store, Trigo is gaining momentum as the frictionless technology provider of choice for Europe’s largest grocery retailers. The Tel-Aviv based company, which has offices in London and NY, has now rolled out stores for Aldi Nord in The Netherlands, Tesco in the UK, Netto Marken-Discount (also known as Netto), in Munich, and Wakefern in the US.

Besides being twice the size of the Cologne store at 400 square meters, the Berlin location will feature weighted items for the first time –customers no longer have to buy per unit, they can enjoy purchasing their fruits and vegetables by weight. The store is scheduled to be open to the wider public in late summer. Regular checkout will still be available for shoppers who prefer traditional checkout. Trigo and REWE worked closely to support promotional baskets, bulk items, and non-food products, like pans, kitchen utensils, and toothbrushes. While the Cologne store had the on-the-go, convenience shopper in mind, the Berlin store has the weekly shopper in mind, with a larger basket size, including buying bulk.

“Trigo is immensely proud and honored to be rolling out its frictionless grocery shopping technology with Rewe, one of the world’s biggest and most innovative grocery retailers,” said Trigo’s CEO and Co-Founder, Michael Gabay. “Rewe have placed their trust in Trigo’s privacy-by-design architecture, and we look forward to bringing this exciting technology to German grocery shoppers.”

Rewe is tapping into a global move in the retail industry toward smart checkout solutions, which are expected to process nearly $400 billion of transactions by 2025, according to Juniper Research. According to Trigo’s analysis of Kantar supermarket data, there are around 500,000 convenience and small format grocery stores worldwide that have the potential to be retrofitted with AI-based frictionless technology. Around 120,000 of them are in the EU alone. The technology for scaling to larger store formats is maturing in parallel.