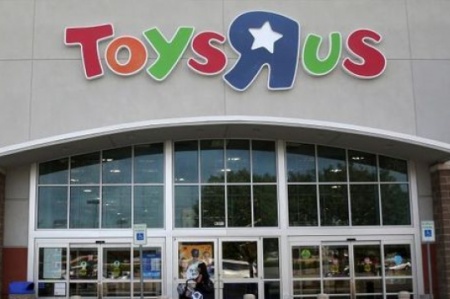 Toys “R” Us Inc. is making preparations for a liquidation of its bankrupt US operations after so far failing to find a buyer or reach a debt restructuring deal with lenders, according to people familiar with the matter.

A shutdown of the US division has become increasingly likely in recent days, said the people, who asked not to be identified. Hopes are fading that a buyer will emerge to keep some of the business operating, or that lenders will agree on terms of a debt restructuring, the people said.

The toy chain’s US division entered bankruptcy in September, planning to emerge with a leaner business model and more manageable debt. A new $3.1 billion loan was obtained to keep the stores open during the turnaround effort, but results worsened more than expected during the holidays, casting doubt on the chain’s viability.

Bankruptcies have accelerated across the retail industry in the past two years, as chains struggle to adapt to broad consumer changes, such as the rise of e-commerce and shoppers’ shrinking budget for apparel. Claire’s Stores Inc., the fashion accessories chain with a debt load of $2 billion, is also preparing to file for bankruptcy in the coming weeks, according to people familiar with the situation. Walking Co. Holdings Inc., the seller of Birkenstocks, also filed for bankruptcy earlier this week.

For Toys “R” Us, the situation has also deteriorated for many of the retailer’s overseas divisions, which weren’t part of the bankruptcy. Its UK unit put itself in the hands of a court administrator after discussions about selling the business fell apart. Its European arm is seeking takeover bids. And talks are being held to offload the growing Asian business, the company’s most profitable arm. It’s not yet clear what will happen to the Canadian unit, which filed at the same time as the US division.

A representative for Wayne, N.J.-based Toys “R” Us declined to comment.

The liquidation will be a big blow for the toy industry, as the chain makes up about 15 percent of US toy revenue. Moreover, the retailer was willing to take chances on new products and small companies. Bigger competitors like Walmart Inc. and Target Corp. would typically take a more cautious approach.

Uber Is Getting Into Healthcare With A Special Ride Service