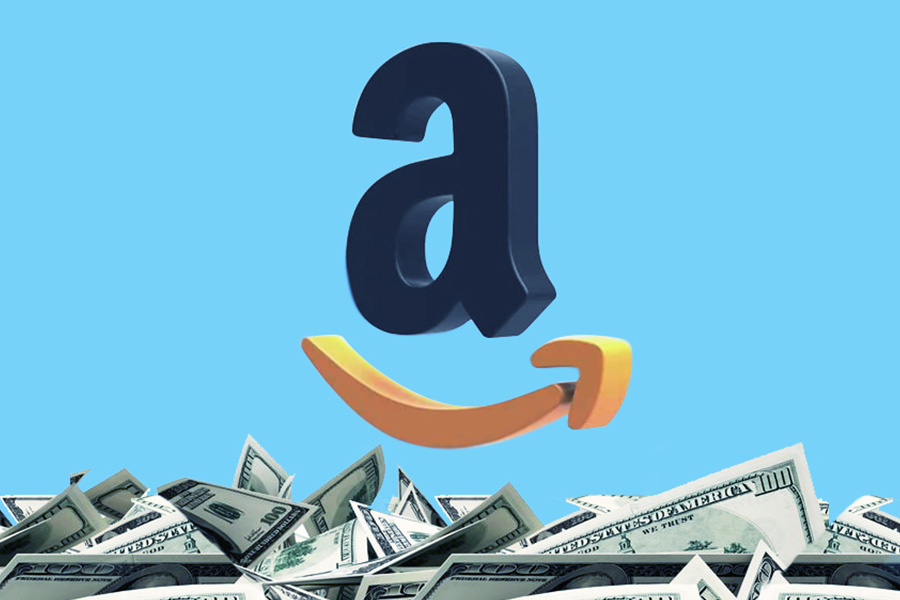 At least once a day, Ryan Mulvany posts a video roundup of daily deals he stumbles across on Amazon. Mulvany, who goes by the username @Amazonoholic, fills his TikTok page with demos of Amazon products, including fabric shavers, 20k-bristle toothbrushes and peanut butter mixers.

While Mulvany said he finds most of those deals on his own, he is also an employee of Quiverr, an Amazon brand management company that both sells its own products and helps other sellers navigate Amazon. As his follower count has ballooned, he has started to mix in products owned by Quiverr alongside organic finds. One of his more popular recommendations — a chain-mail cast iron cleaner called The Ringer that even caught Jennifer Garner’s eye — is an Amazon-native product owned by Quiverr. Mulvany started to think, “Well, if I can become an influencer, then I can promote products that would benefit the broader company,” he explained to Modern Retail.

That makes Mulvany a unique player in TikTok’s growing Amazon commerce ecosystem. The video streaming app is famous for turning relatively innocuous products — a strawberry dress, cranberry juice — into bestsellers. But not all viral products are accidents. A loose network of TikTokers have built thriving empires out of finding and recommending niche Amazon products, driving millions of views to mostly random items they discover. They post using tags like #AmazonFinds, #FoundItOnAmazon or #AmazonMustHaves. Unlike Mulvany, however, few appear to be associated with existing brands.

Somewhat by happenstance, Mulvany, who currently has 320k followers, has become the face of Quiverr on TikTok. That gives the company an extraordinary marketing outlet (and Mulvany a bit of extra money, thanks to affiliate link commissions). The company could lobby to have its products featured on a third-party recommendation site, or it could pay an Instagram influencer to talk about it — but Quiverr could also just give it to Mulvany, who is already a trusted recommender on TikTok. If Mulvany’s account is any indication, it likely won’t be long before Amazon’s third-party sellers find ways to push their products into the #AmazonFinds world, too.

A social discovery channel
Amazon, for all of its e-commerce dominance, remains a cluttered and confusingplace to find new products — and these TikTokers have developed a flourishing auxiliary service that cuts through the noise. Most of their videos feature productsthat have some sort of unusual quirk: laser keyboards, cereal dispensers and a two-in-one sponge holder and soap dispenser are popular recent examples. In each video, #AmazonFinds TikTokers demonstrate how the product works, talking through the benefits in a voice-over. They make money through the commissions on their Amazon affiliate links.

“Some people are pulling in insane amounts of money off of affiliate links,” said Kristen Wiley, who runs the influencer marketing platform Statusphere and who has followed the #AmazonFinds section of TikTok. Per Amazon’s affiliate program, recommenders can make anywhere between 1% and 10% on each sale. Wiley said she has increasingly turned to TikTok for her online shopping needs — a phenomenon that has become so pronounced, it has spawned a popular #TikTokMadeMeBuyIt hashtag.

In some ways, #AmazonFinds TikTok is the successor to affiliate-focused recommendation publications like the New-York-Times-owned Wirecutter, where media companies earn money highlighting useful niche products. Most of these TikTokers, however, are building their product-recommendation empires alone, without the backing of a legacy publication.

Many of the products they feature appear to be organic, and right now, Wiley guessed that only a fraction are sponsored. “They can just drive such insane traffic and revenue for these brands because people relate to them more,” said Wiley of #AmazonFinds TikTokers. She compared them to modern-day QVC hosts, able to make their sales pitches entertaining.

Changing the TikTok ecosystem
Some of this initial allure may start to fade as more brands experiment with getting placement on an #AmazonFinds TikTok account. As Glossy has reported, some brands that sell on Amazon — like Memebox — are already jumping on the #AmazonFinds hashtag to drive traffic. But those are cases of just adding a hashtag to a brand’s own video. Paid #AmazonFinds placements with the most prominent TikTok recommenders still appear to be rare.

Yet Mulvany’s account charts a path forward — and, potentially, a new future for product discovery. Instead of paying for sponsored posts, some brands have tapped their own employees to become TikTok personalities, securing their products a slot in the #AmazonFinds universe without it feeling manufactured.

Robb Powell, president of e-commerce services at Advantage Digital Commerce, the larger company that owns Quiverr, said he’s looking to recruit more employees to become TikTok personalities for the company. For each of Advantage’s subsidiary companies, “we’ve identified two or three leaders,” he said. He asked of those workers, “how do they start standing out through social?” Those employees will become influencers for Advantage that can promote products owned by Advantage itself or by Advantage’s seller clients. (Other retail giants, like Walmart, have also started turning their employees into TikTok salespeople.)

Mulvany said that, as the experiment evolves, he’ll still only be featuring products he believes in, because adding in his opinion is what keeps it a true influencer account. “You can’t make an influencer account look like it’s selling out,” he said.

But they seem to have stumbled into a new way forward for brand promotion. As the #AmazonFinds niche balloons, a decentralized network of TikTokers will increasingly shape what products go viral. And brands who want to share in the benefits might turn to their own employees, molding them — like Mulvany — into TikTok shopping hosts.