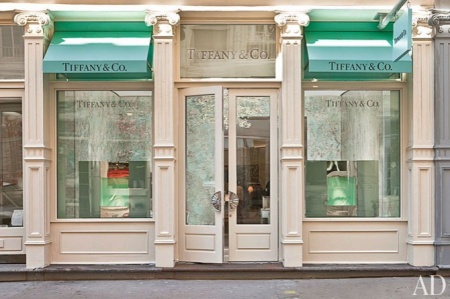 Tiffany has been scrambling in recent quarters as tourist sales have dropped off thanks to the strong dollar (though that strength aided its success in Asia this quarter). The company has moved more assertively online, inking a deal with Net-A-Porter to reach millennials without resorting to price reductions.

Tiffany’s third-quarter performance is a good sign coming off a weak second quarter, but the retailer has farther to go, considering that its modest improvement is coming off easy-to-beat year-ago numbers, according to Neil Saunders, CEO of research agency and consulting firm Conlumino.

Notably, the impact of the strong dollar on sales to tourists at Tiffany’s flagship stores now seems to have dissipated and annualized out; if anything, the company noted that tourist sales were relatively strong over the quarter. This dynamic means the blame for the dip comes, primarily, from domestic demand. Tiffany continues to suffer from a decline in both the number of American consumers who consider it for jewelry purchases as well as the proportion who end up buying from it. In a category like jewelry, where purchases are relatively infrequent, not being firmly on the consumer radar is an issue as it gives Tiffany little opportunity to recapture ‘lost’ spending.

It doesn’t help Tiffany that younger consumers are attracted to newcomers like Blue Nile, recently acquired by Bain Capital, or that department stores are faltering as a dependable sales channel,

It also doesn’t help that Tiffany’s flagship is so close to Trump Tower in New York, which has seen a rash of protests, especially since the election, and which could suffer further from increased security in the area as president-elect Donald Trump has said he’ll be spending significant amounts of time at his home and office in that building.

Tiffany must also address struggles in the European market.

Tiffany CEO Frederic Cumenal acknowledged as much in his statement Tuesday, and said that new designs in jewelry and watches will pay off.

As the global environment continues to reflect economic and other challenges that they believe are continuing to affect customer demand, it is more important than ever that they remain focused on strategies to deliver extraordinary products and experiences to our customers. Over the long term, objective is to enhance profitability and productivity through sales growth and prudent expense and inventory management.

Herman Miller's New Retail Store Is Like A Shoppable Dreamhome