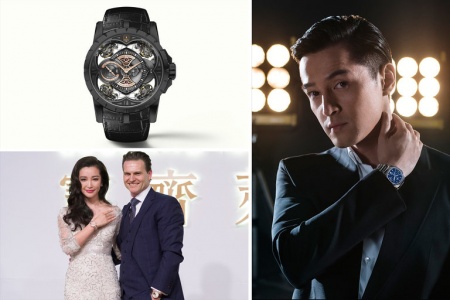 Even as Swiss watch exports continue to decline, watchmakers are sharply focused on trying to find just the right combination of marketing and retail strategies in Hong Kong and mainland China, the industry’s No.1 and No.4 sales markets.

For the first six months of this year, exports totaled $9.9 billion worldwide, a 10.6 percent slide from the same period in 2015. The steepest drop came in Hong Kong, which underwent a 26.7 percent decrease, with June the region’s 17th consecutive month of decline. Analysts attribute the slump in the city, long a favorite tax-free shopping spot for mainland Chinese and Western tourists alike, to numerous issues, including Beijing’s four-year-old anticorruption crackdown on gifts, changing consumer preferences and global currency challenges, chiefly a soaring Swiss franc and a strong dollar.

“The near term doesn’t look optimistic,” said Milton Pedraza, chief executive of the New York-based Luxury Institute. “No one is willing to bet that in the next 24 months there will be a turnaround.”

What makes this crisis considerably more daunting for the watch industry than the global recession of 2008 is that the Swiss brands now have thoroughly assessed the mainland Chinese market and no longer expect that its demand, which peaked in 2012, will propel a spectacular recovery.

Some watchmakers, however, continue to hope. “The state of the market in China is not as bad as what you read about,” said Philippe Léopold-Metzger, chief executive of Piaget.

He acknowledged that a glut in wholesale inventories had pushed many brands to buy back stock from authorized dealers in Hong Kong — an unusual occurrence in the watch world — but, he added, “retail is doing pretty well.”

In its report for the fiscal year that ended March 31, Piaget’s parent company, the Geneva-based luxury group Compagnie Financière Richemont — owner of such high-end brands as Cartier, Panerai and Jaeger-LeCoultre — indicated that its watchmakers’ sales had increased 3 percent year over year but that its operating contribution had declined 29 percent, in part because of “a difficult environment in Hong Kong, Macau and the Americas.”

Mr. Léopold-Metzger said that, with the change in focus from gifts to personal purchases, price had become more important, and the brand had responded by introducing its first collection entirely in steel. The Polo S, a casual men’s watch Piaget unveiled in July, gave it a new entry price of $9,350. “Consumers are young, and they’re going to love the look of the watch,” Mr. Léopold-Metzger said.

Of utmost importance, he added, is that the brand expands its business locally. To that end, Piaget has teamed with Hu Ge, the Chinese actor, singer and social media darling, to appear in Beijing last month for the Polo S collection. Mr. Léopold-Metzger described Mr. Hu as a “game changer” and said that his ambassadorial role would be publicized primarily through digital media.

Piaget isn’t alone in trying to connect with new consumers in new ways.

The watchmaker Carl F. Bucherer is a believer. With Digital Luxury Group’s help, the brand introduced a repositioning campaign at the Baselworld fair in March featuring a new logo, “Lucerne 1888,” to highlight the brand’s Swiss hometown and its founding year. (That the logo incorporates — and repeats — the number 8, considered a sign of wealth and good fortune in China, is serendipitous, said Sascha Moeri, the brand’s chief executive.)

It also announced Li Bingbing as its ambassador. Western audiences may know her only for recent additions to the “Resident Evil” and “Transformer” franchises, but she is a star in China. “Li Bingbing had 37 million followers on China’s Weibo at the time the partnership was signed,” Mr. Sadigh said.

Alliances also are being sought beyond film and television. In May, the Geneva-based watchmaker Roger Dubuis announced its sponsorship of FFF Racing, a new GT championship automotive racing team founded by Fu Songyang, the 31-year-old Chinese tycoon. And to mark its new role at 15 races across Europe and Asia, the brand created an eight-piece limited edition of its Excalibur Quatuor model in black DLC titanium featuring the FFF logo at 12 o’clock.

Jean-Marc Pontroue, Dubuis’ chief executive, said the FFF partnership was intended to support the brand’s retail strategy in mainland China. A year ago, Roger Dubuis opened a second boutique in Beijing, in the luxury SKP mall, “and that has given visibility, credibility and access to many new customers,” he said. He also noted that moving the company’s Shanghai boutique to a busier retail location in April had “created 10 times more traffic.”

“Three to four years ago we were at 500 points of sale globally, and now we’re at 300 and we continue to go down,” said Tim Saylor, chief marketing officer for the Audemars Piguet brand. “Currently we have less than 10 doors in all of China, with only two boutiques. We’re not sitting on a huge number of stores with huge stock and collapsing demand.”

From The New York Times

Michio Kaku on ‚Äúperfect capitalism‚Äù and the future of commerce