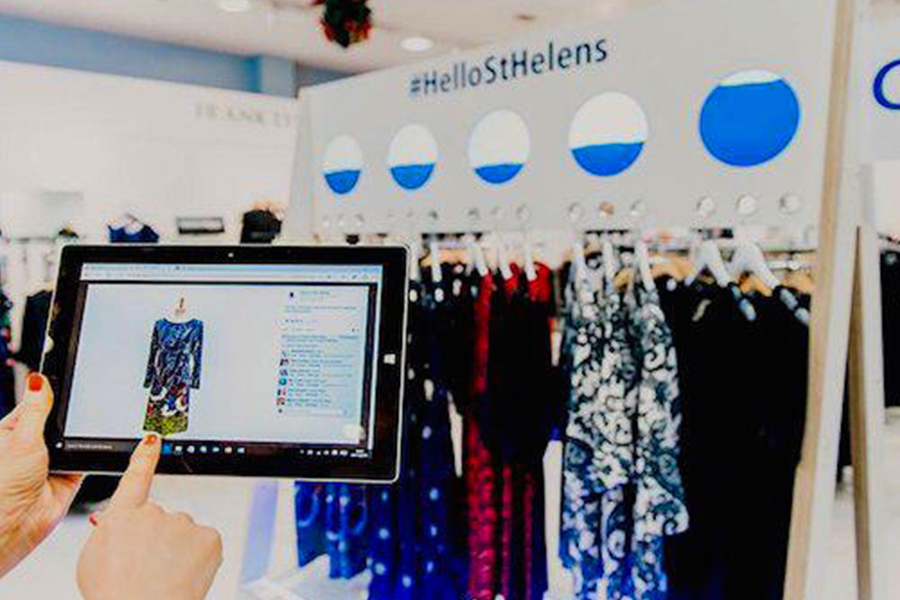 The ‘future’ – a word that perhaps doesn’t sit too comfortably in retail at the moment.

For so many retail brands, the future looks extremely uncertain, and for many others, any future is likely to take a drastically different form to the past, bringing with it the need for radical overhauls in business models.

But perhaps the raft of challenges affecting the sector recently also present an opportunity to take stock in terms of re-thinking the fundamentals of the classic retail business model, and challenging what have become ‘accepted norms’, to explore new channels and new approaches.

Of course, at the heart of everything must be the consumer.

And perhaps there lies the issue; when it comes to the consumer, the sheer scale of retail nowadays has failed to put the consumer first in all too many instances.

Take consumer desires for greater personalisation and increasingly tailored retail experiences. Such trends have been talked about for years, but in many areas of retail it’s not really moved much beyond talk into action. Yes, certain brands have attempted to localise, to facilitate tailoring and greater individuality, but ultimately there’s not been any seismic shift in approach or business model in many areas of retail for a long time.

And a seismic shift is what is needed now given the scale of the challenges faced by retailers.

It’s not about forgetting all that has been before. In fact, I would argue that in many instances, it’s about getting back to basics, and adapting these basics for the current day.

Like so many forms of business and commerce, retail is all about people, about relationships. And this is where scalability has become an issue. How do you maintain the personal when your brand is selling millions of product units of any given product per year?

The likes of Nike Direct have shown real innovation here, taking what has been a fairly unique step amidst its traditionally ‘bricks and mortar’ global peers to increasingly shift towards a direct-to-consumer (DTC) model.

And the strategy is clearly paying off.

But I would argue that it’s only part of the answer. It is possible to get closer still to your customers, to make those relationships even more personal, and to build the level of authenticity further.

And it’s another growing trend that holds a further part of the answer: the rise of the influencer economy.

Influencers are proving to be useful assets for brands, and many brands have realised the power of macro-influencers in paid partnerships or advertising deals which leverage the relationship individuals have with their audiences.

But an area that still hasn’t been fully realised by mainstream retail is the power of the vast numbers of micro and nano influencers – not the celebrity influencers with million-strong audiences, but those more relatable individuals who perhaps have a ‘sidehustle’ passion for beauty, fashion or homecare, but are fundamentally living similar lives to your target consumer.

This, I would argue, is where the real potential lies for brands in creating authentic and personal relationships with consumers. And there’s one channel of retail – direct selling – which is significantly ahead of the rest of the retail world here.

Direct selling was made famous by the likes of Tupperware and Avon in the 1960s, with product sales made face-to-face or in a social setting (increasingly virtual), often by someone that the customer already knows; in effect, a nano influencer for a specific demographic, or a specific product category.

The latest industry data suggests that product sales through the channel have grown to over £2.67 billion a year (up from £2.1 billion just two years ago), and Covid-19 has accelerated this growth. Brands such as Amway, which sells health, beauty and homecare products exclusively via the channel, have reported a 30% increase in sales since the announcement of Covid-19 lockdown restrictions, with other direct selling brands reporting significant interest from people looking earn by becoming independent salespeople.

The Body Shop has credited its direct selling division (The Body Shop at Home) as the group’s main driver of growth in the UK  (it has seen growth of 50% year-on-year since 2017), and it is just one example of a brand that is effectively harnessing the considerable power of micro and nano influencers.

Yet it’s a retail channel that many brands selling via traditional channels are either not aware of, or have such outdated perceptions of, that they’re not even pausing to consider it as part of an omnichannel mix, despite the ongoing – and well-publicised, struggles to make traditional channels deliver.

The perfect storm is building; a storm which sees consumer trends for side hustles, gig earning, portfolio careers, and the influencer economy combine with an increasing consumer appetite for personalised, tailored and authentic retail experiences and a growing focus on ethical consumerism.

It would strike me that popping along to a trusted friend’s house on a Friday evening for a social drink with friends and to try products that your social circle uses and recommends epitomises how these trends – this perfect storm – merge into one very powerful potential retail opportunity for brands.