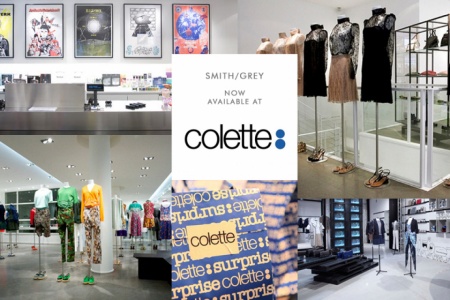 Colette, the renowned Parisian boutique, is closing down after 20 years.

“As all good things must come to an end, after 20 wonderful years, Colette should be closing its doors on December 20 of this year,” the company said in a statement. “Colette Roussaux has reached the time when she would like to take her time; and Colette cannot exist without Colette.”

Saint Laurent is in talks to take over the Rue Saint-Honoré location, the company said. “Negotiations are under way with Saint Laurent and we would be proud to have a brand with such a history, with whom we have frequently collaborated, taking over our address,” the statement read. “We are happy of the serious interest expressed by Saint Laurent in this project, and it could also represent a very good opportunity for our employees.”

The boutique was founded in 1997 by Colette Roussaux, and has been led by her daughter Sarah Andelman in recent years. Andelman also shared the news in a post on the Colette Instagram account this morning.

Andelman is famed for her discerning fashion edits and quirky mix of lifestyle products that have turned the store into one of Paris’ premiere fashion pit-stops. Drawn to an eclectic mix of high fashion and edgy street labels alike, Andelman regularly showcases designs from up-and-coming designers and was one of the first to stock collections by Proenza Schouler, Mary Katrantzou, Simone Rocha and Rodarte.

The three-storey, 8,000-square-foot space has become a destination for fashion fans. It sells everything from niche film camera to accessibly-priced souvenirs and t-shirts, and is the go-to for exclusive launches of brands, special products, independent magazines and the fashion incarnation of the Apple Watch.

Colette is also known for its combination of high-end ready-to-wear and streetwear, making it one of the first to embrace the fusion of luxury fashion with an edgy street aesthetic. “We started to work with people like Virgil [Abloh] before he started Off White, as well as OAMC’s Luke Meier when he came from Supreme, and with the whole wave of designers like Hood By Air,” Andelman told BoF last year. “At a certain point it didn’t make sense to have them on the ground floor anymore, so they went up with the designers.”

From book signings to concerts to panel discussions on sneaker culture, Colette’s status as a hub for genuine cultural “happenings” has helped to sustain and propagate the store’s buzzy atmosphere, accented by the Givaudan-designed fig scent that wafts throughout the space and onto the street.

Colette is part of a generation of landmark concept boutiques across the world, such as 10 Corso Como, which opened in Milan in 1990 and is now present in Seoul, Shanghai and Beijing, as well as New York as of next year; as well as Dover Street Market, which opened in London in 2003, Tokyo in 2006 and New York in 2013.

Though Saint Laurent is in talks to take over Colette’s address, the relationship between the two companies hasn’t always been friendly. In 2013 Colette carried about 300 “Ain’t Laurent Without Yves” parody T-shirts, following Hedi Slimane‘s decision to change the company name from Yves Saint Laurent to Saint Laurent. Saint Laurent’s commercial director demanded that the shirts be removed from Colette’s online shop, and its chief executive sent Andelman a letter “accusing her of selling counterfeit products that ‘seriously damaged’ the YSL brand and confirming the end of their business relationship.” Andelman, who sold the remainder of the offending t-shirts in-store but not online, said at the time: “We have been excommunicated.”

Earlier this year, H&M announced a collaboration with Colette. The “H&M Studio x Colette” line is expected to launch on 21 August and will be stocked in-store and online at Colette for two weeks, along with selected pieces from the main H&M Studio AW17 collection.

KFC Has Opened Up A Fast Food Salad Shop