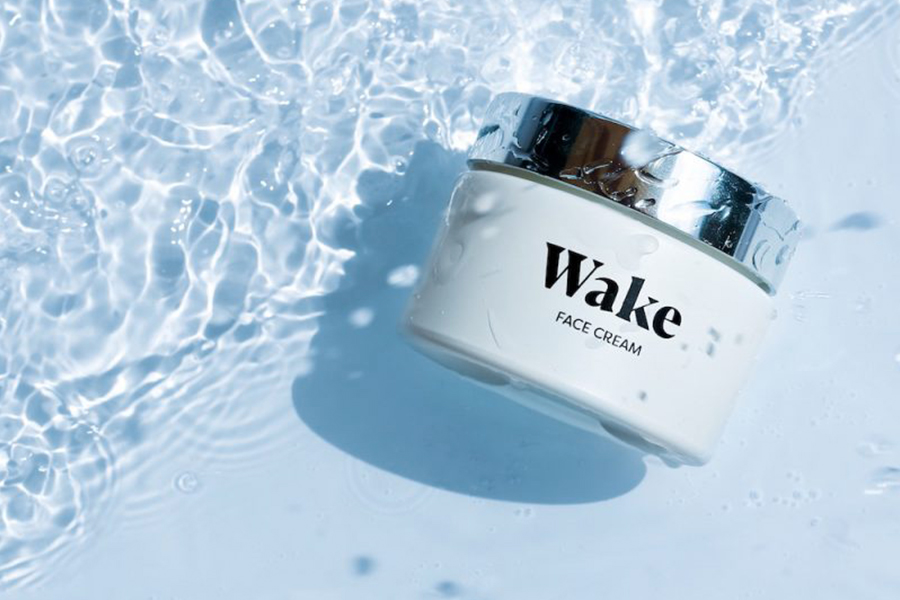 Elon Musk announced that Tesla would be accepting bitcoin as payment in March, but beauty brands had already been ahead of him in their embrace of cryptocurrency.

In January, Wake Skincare, a U.K.-based DTC brand created for the “connected generation,” announced that it would be the latest brand to accept cryptocurrency as a payment method. Making bitcoin and ethereum payment options available using Coinbase in its Shopify checkout, the brand joined a wide range of labels capitalizing on the cryptocurrency boom through either payments or rewards programs such as Lolli.

“The reason why we wanted to do it is because other beauty brands weren’t doing it,” said Wake co-founder Alex Mavor, who began buying bitcoin in 2016 and sees offering the payment option as a long-term strategy for the company.

“We know that we’re not going to get a load of customers, or maybe any customers, today paying with bitcoin,” he said. For now, the recent skyrocketing value of bitcoin makes holding onto it more attractive than spending it on cars or skin care. “A lot of the people at the moment are just using it as an investment,” he said. “But the thing is that — with all technologies — they always say that change happens really slowly, then all at once.”

Wake, a brand that is designed for millennial and Gen-Z consumers who spend large amounts of time in front of screens, is one of only a handful of beauty brands to accept bitcoin payment so far. Lush Cosmetics began accepting bitcoin payments in 2017, while R+Co added it in 2018. Beauty tech startups such as Opu Labs and Perfect 365 have also added cryptocurrency options.

Much more common, however, is the use of cryptocurrency for a rewards program. Lolli is a Rakuten-esque platform that gives portions of bitcoin as online shopping rewards rather than money. With over 1,000 merchants, beauty partners using the program include Sephora, Ulta, Glossier, Too Faced, E.l.f., Fenty Beauty, Space NK, Amorepacific, L’Occitane and EM Cosmetics, among others.

“A lot of the incentives are not aligned for the consumer” to spend bitcoin at the moment, said Alex Adelman, founder of Lolli. “We saw it as a way to distribute bitcoin to more people, way easier by not making them have to be an investor to get into bitcoin. They could just be a shopper, which is something that everybody [is].” The most avid shoppers using Lolli have earned up to two bitcoin through their purchases, which is worth more than $117,000 at the time of reporting.

According to Adelman, 30% of Lolli’s 250,000 users are female, and Sephora and Ulta are two of its “biggest, most successful merchants in the program.” EM Cosmetics founder and beauty influencer Michelle Phan also invests in the platform and has become a bitcoin evangelist on her social platforms in recent years.

Adelman founded Lolli in 2018 after his previous company Cosmic was acquired by Popsugar and then Rakuten. After the Rakuten acquisition, “we got to understand the cashback reward space,” he said. “We called up a lot of our old contacts [when launching Lolli].”

The platform has a mix of established and startup brands.“These startup brands are definitely coming to us and aligning with us. They’re speaking to an audience that wants to learn about crypto, and this is good brand alignment for these companies,” said Adelman.

Cryptocurrency has been making headlines in recent months with the announcement by Tesla as well as reports of interest in bitcoin by other corporations such as Morgan Stanley. It also made its way into the news thanks to the GameStop movement that emerged on Reddit group wallstreetbets. Members caused a spike in the value of the meme-inspired Dogecoin after they were blocked by Robinhood from buying GameStop and other stocks they tried to elevate. Dogecoin then skyrocketed in value when Elon Musk tweeted out a mention of the cryptocurrency.

Mavor said he does not plan to add Dogecoin or other currencies as a Wake payment method in the near future.

“Elon Musk can do no wrong in my eyes,” said Mavor, but he noted the price inflation of Dogecoin. “That to me doesn’t sound like the most stable of foundations,” he said. “[Though] if Elon Musk has a strong view on it, then he’s probably right.”

While beauty brands have different approaches to cryptocurrency, they share optimism about its future potential. According to Adelman, “Money is a collective belief system that some asset has value. The more people that believe something has value, the more value that thing has.” He noted the “general belief of bitcoiners is that bitcoin has already surpassed that network effect threshold to have to have sustainable value.”

However, that value is fluctuating wildly right now.

“As an early adopter, there’s always that sort of risk element to it,” said Mavor. “There’s no getting around that there is a risk at the moment.” While he does not expect the use of bitcoin for spending on consumer goods to become mainstream in the next one to two years, “it’s important to have these things in place, so that you’re not playing catch-up afterwards.”+

Take a Look Inside The Post-Pandemic Store