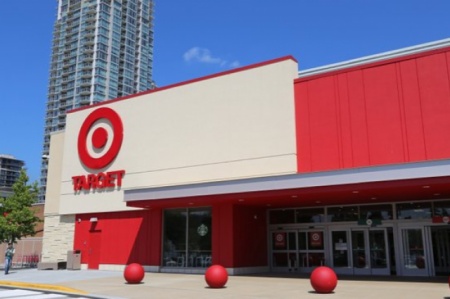 After initially staging something of a comeback under Cornell following its devastating 2013 holiday season data breach, Target has faltered of late. Second-quarter earnings results met or beat Wall Street expectations, but same-store sales fell 1.1%, the company’s first negative same-store sales measure since the first quarter of 2014, and the retailer said same-store sales in the second half of the year would fall another 2% after previously saying they would be flat.

Faced with additional pressures from rival Wal-Mart, which is reportedly drilling down its already low prices to beat all rivals on price, Target is responding with promotions designed to create value, but also give shoppers reason to head to stores or online on many different days. To that end, Target has produced a series of holiday promotions inspired by efforts that have proven to resonate with shoppers, including its popular “Ten Days of Deals” and other offers available only through its Cartwheel mobile application. Newer promotions include rotating a $10 off a $50 purchase deal on different product categories each week, spiking in December to savings of $25 on purchases of $100 or more.

But Target also appears to realize that competing on price, even at the promotion-heavy holidays, isn’t sufficient. The retailer is making sure it has the most in-demand gadgets and toys, along with some items that will only be found at Target: Wondershop, a go-to space for holiday decorations and supplies, touts exclusive merchandise like a Garth Brooks 10-CD boxed set and a driving Wonder Woman figure. Guests can select from 400 edited gift ideas, customizable by recipient personality types and interests.

Target is also touting about 1,000 new pieces from its new Cat & Jack kids line, more than 1,800 new or exclusive toys and virtual reality and connected home products. In addition, the retailer is rolling out “Toy Cracker,” an episodic TV campaign inspired by “The Nutcracker” ballet and starring singer John Legend.

“The Bentley Studio” in London