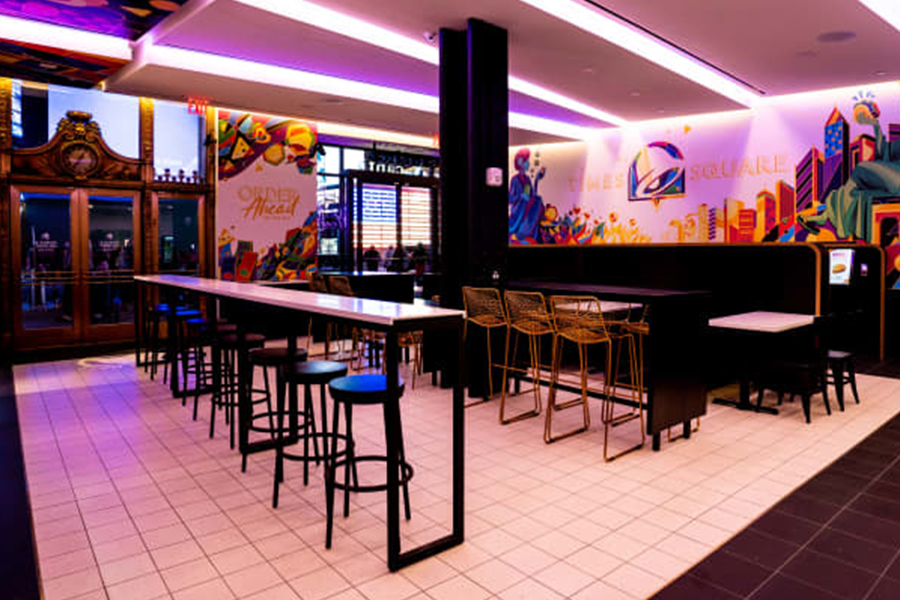 New Yorkers looking to grab a burrito without speaking to anyone have a new option.

Taco Bell is opening its first digital-only restaurant in Times Square on Wednesday. The location will replace traditional menus with self-serve kiosks and feature order-ahead pick up cubbies, allowing customers to walk in, grab their food and go.

The restaurant will employ about 70 staff, double the number in the average Taco Bell, a spokesperson told Bloomberg News. The location also sports twice as many lines in the kitchen — four — putting it on track to be the highest volume Taco Bell globally, the spokesperson said. Part of the company’s Cantina concept, it will also serve alcoholic drinks.

Digital fast-food options were already gaining speed before the pandemic, with Starbucks Corp. opening its first U.S. pick-up only café in New York in 2019. Covid-19 has only increased the need to make eating out as contactless as possible. Chipotle Mexican Grill Inc. said in November it’s testing a digital-only location and Taco Bell parent Yum! Brands Inc. just boughtan Israeli company that lets customers text in their nacho orders.

The new digital location has been in the works since 2019 with its construction schedule slowed during the peak of the pandemic.

Why Some Grocers Say Amazon Fresh Isn’t a Competitive Threat