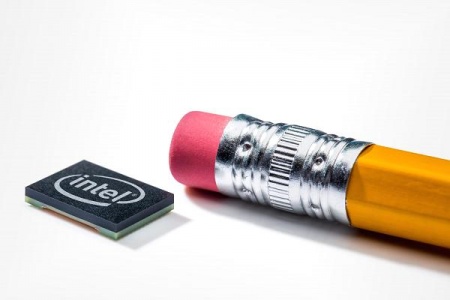 The wearable device market could be getting a boost thanks to new materials that allow tech-equipped clothing to stretch with a user’s movements. A slew of smart clothes will be introduced in 2016, predicts Angelo Zino, senior industry analyst covering tech at S&P Capital IQ.

Alphabet, Samsung, Intel are just some of the companies working on technology for smart clothing, which would let wearers monitor things like heart rate, steps and time spent sitting.

Staking its claim on that piece of the wearable technology market, Google’s Project Jacquard makes it possible to embed hardware that senses touch and gestures into fabric using standard industrial looms, Google says on its website. Information captured by the sensor can be sent to a smartphone or other device, potentially connecting users to apps or phone functions using their clothing, according to the company.

And Samsung showed off its smartphone-controlling Smart Suit at the Consumer Electronics Show in Las Vegas last week, along with a workout gear ensemble, Body Compass, equipped with processors and batteries to sense and transmit activity data.

Intel has developed a chip the size of a shirt button, dubbed the Intel Curie, which contains an accelerometer and gyroscope, which measure movement and acceleration. A version of that processor was on display at CES in 2015, and it’s expected to ship this quarter.

Intel’s Curie processor can be embedded into clothing to track wearers’ activity and wirelessly links to smartphones and other devices.

Chemical company DuPont has also developed stretchable “electronic ink” that can be printed onto fabric for smart garments that are machine washable, according to that firm’s website.

“With smart textiles, you can acquire, capture the biological signal anywhere on the human body,” OMsignal co-founder Stephane Marceau said in an interview with CNBC. As opposed to a FitBit HR, for example, the OMsignal bra can sense heart rate closer to the heart, potentially leading to a more effective reading.

Despite all the efforts to develop smart clothes, the market for such products may be limited, according to Zino, who says professional athletes and people who work out regularly will make up the majority of smart-clothes wearers.In the next several years, the majority of wearables sales will be attributed to wrist-worn devices, followed by smart eyewear, mostly attributed to virtual reality headsets adopted by video gamers, according to Zino.

Still, he said there’s still significant upside potential for smart clothes. Garments made up less than 2 percent of the wearable-device market last year, but that figure could reach 10 percent in the next five years, he said.