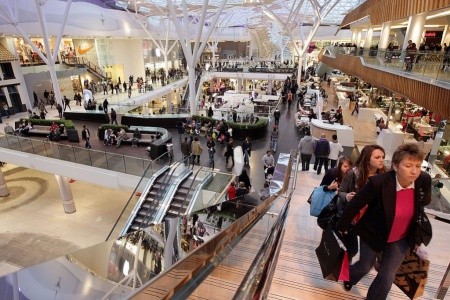 etailers are bracing for a fresh wave of store closings in 2018 that is expected to eclipse the rash of closings that rocked the industry last year.

“Landlords are panicking,” said Larry Perkins, the CEO and founder of the advisory firm SierraConstellation Partners. “The last year was pretty apocalyptic from a retail standpoint, and the macro issues haven’t changed. There will continue to be a high degree of bankruptcies and store closures.”

2017 was a record year for both store closings and retail bankruptcies. Dozens of retailers including Macy’s, Sears, and J.C. Penney shuttered an estimated 9,000 stores — far exceeding recessionary levels — and 50 chains filed for bankruptcy.

But there’s still a glut of retail space in the US, and the fallout is far from over.

The number of store closings in the US is expected to jump at least 33% to more than 12,000 in 2018, and another 25 major retailers could file for bankruptcy, according to estimates by the commercial real estate firm Cushman & Wakefield

When combined with last year’s record-high store closings, an even higher rate of closings in 2018 would push hundreds of low-performing shopping malls to the brink of death.

The commercial real estate firm CoStar has estimated that nearly a quarter of malls in the US, or roughly 310 of the nation’s 1,300 shopping malls, are at high risk of losing an anchor tenant.

Anchor tenants are retailers like Macy’s and J.C. Penney that occupy the large, multistory buildings at mall entrances.

The loss of even one anchor tenant can trigger a multidecade downward spiral for mall owners.

That’s because the malls don’t only lose the income and shopper traffic from that store’s business; such closings often trigger clauses that allow the remaining mall tenants to exercise their right to terminate their leases or renegotiate the terms, typically with a period of lower rents, until another retailer moves into the vacant anchor space.

That’s good news for retailers looking to grow their physical assets — it means they are more likely to score low rent and favorable lease terms.

To be sure, there are still hundreds of high-performing shopping malls in the US that are expected to remain immune from the fallout of shrinking retailers.

Only the lowest-performing malls — of which there are roughly 300 — are in danger of going out of business.

There are also plenty of retailers, mostly discounters, that are growing their physical assets while others shrink.