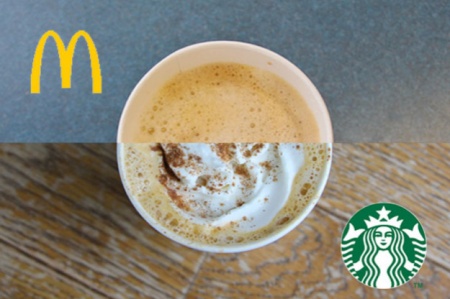 The Seattle-based coffee chain’s shares fell 7.5 per cent last year, as investors warily eyed a deceleration in same-store sales from the first half to the second. The announcement last month that long-serving chief executive Howard Schultz would step down — although stay as executive chairman — didn’t help. However, the drop in the stock could make it that much more attractive to investors as it aims to maintain its steady growth in the coming year, according to Nomura analyst Mark Kalinowski, who picked Starbucks as his top large-cap US-based restaurant stock pick for this year. Starbucks will expand its worldwide store count by more than 8 per cent for the fiscal year ending in September, according to Mr Kalinowski, and grow worldwide same-store sales by about 5 per cent. As its presence grows, Starbucks could see revenue expand in double-digits, and earnings per share increase 12 per cent, he added. The chain’s tailwinds include “consistent same-store sales, unit growth potential and ongoing innovation”, Mr Kalinowski noted. It also benefits from a lack of direct head-on competition, as a beverage-first chain that also sells food, as opposed to more food-focused chains. The prediction from Mr Kalinowski is a bold one, but the bullishness towards Starbucks on Wall Street is widespread. Of the 33 analysts who cover the stock, 29 recommend buying it, according to Bloomberg. By contrast, 15 of the 35 analysts who track McDonald’s advise investors to buy into a stock that has rallied almost 30 per cent since Steve Easterbrook, chief executive, was appointed in early 2015. One thing that has set Starbucks apart from would-be rivals is its remarkably consistent growth over a long span of time, Mr Kalinowski added. For 26 of the past 28 fiscal years, it has achieved same-store sales growth of at least 5 per cent, and appears on track to extend that streak during the current financial year. Those dynamics have made Starbucks the second-largest US restaurant chain by market cap. Could it eventually claim the number-one spot? “We believe that it is only a matter of time before Starbucks overtakes McDonald’s as the largest market cap restaurant stock, although likely not in 2017,” according to Mr Kalinowski. Starbucks still has some way to go. Its current market cap currently hovers at about $80bn, compared with the $98.7bn market cap of the ubiquitous burger chain. However, if Starbucks can hit its goal of expanding its number of units by more than 8 per cent every year until 2021, it may be the first restaurant chain in decades to take the Golden Arches’ crown. On Tuesday, Starbucks closed 0.3 per cent lower at $55.35. McDonald’s also had a bite taken out of it, down 1.7 per cent at $119.62. The overall markets did better, with the S&P 500 and Nasdaq both gaining 0.9 per cent to 2,257 and 5,429, respectively. The Dow resumed its climb towards 20,000, closing 0.6 per cent higher at 19,881.