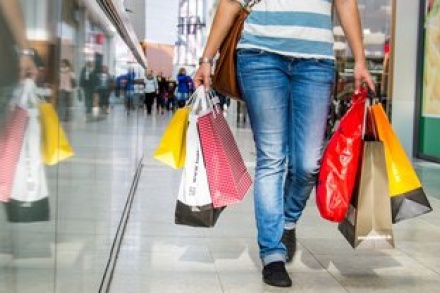 Sales at U.S. retailers rose more than forecast last month in a broad advance that shows consumers delivered for the economy in the second quarter.

A prolonged period of job creation and slowly improving wage gains are providing households with the means to keep spending. Consumers are key to shaping the growth path for the world’s largest economy as global demand remains lackluster and threatens to damp business investment.

The median forecast in a Bloomberg survey called for a 0.1 percent advance in total sales, with estimates ranging from a decline of 0.5 percent to a 0.3 percent gain. May was previously reported as a 0.5 percent increase. April data were revised to a 1.2 percent increase from 1.3 percent.

Eleven of 13 major categories showed stronger demand in June from the prior month, including a 1.1 percent advance in receipts at online merchants and a 0.7 percent increase at health and personal care outlets.

Another report Friday, from the Labor Department, showed consumer prices climbed 0.2 percent for a second month in June, led by higher costs for energy and rents.

Sales of sporting goods, furniture and building materials also picked up. The 3.9 percent surge in building supplies followed a 2.5 percent plunge in May that was larger than previously estimated, which explained the bulk of the downward revision in total sales during the month.

Automobile dealers’ sales rose 0.1 percent in June after falling 0.5 percent the prior month. Industry figures earlier this month that showed U.S. vehicle sales slumped in June from the month before. Purchases of cars and light trucks fell to a 16.6 million annualized rate last month from a 17.4 million rate in May.

The figures used to calculate gross domestic product, which exclude categories such as food services, auto dealers, home-improvement stores and service stations, rose more than the 0.3 percent median projection. Readings for May and April were revised up.