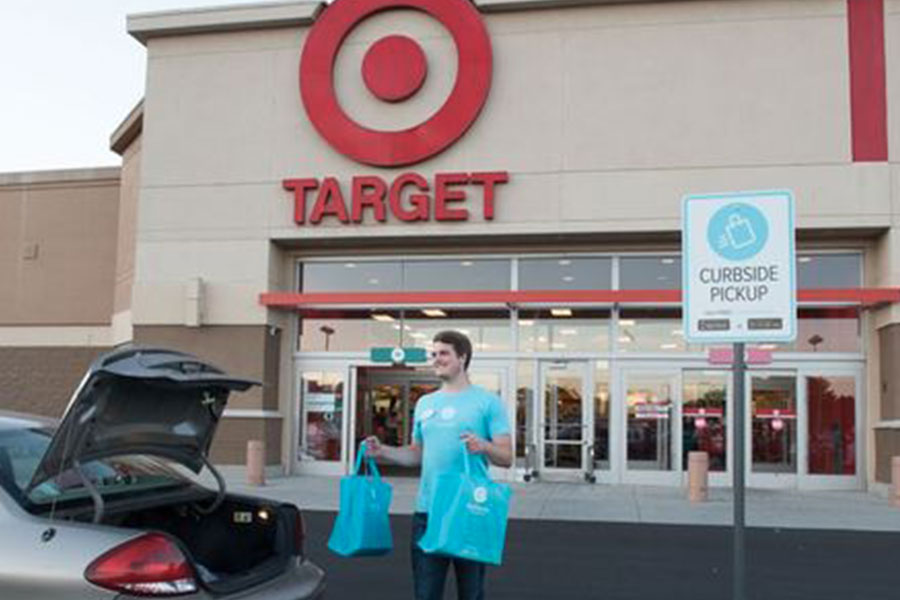 Fulfillment was a key driver during the ecommerce-driven final quarter of 2020. Retailers that were positioned to handle massive last-mile volumes generated by a digital-first holiday posted strong results, with Amazon once again leading the way. Retailers with a strong omnichannel presence, like Target, are well-positioned for success in the coming year as traffic returns, but even mall-based companies in weaker positions, like Gap, show signs that they can leverage an online pivot to fuel a turnaround effort.

Amazon’s Q4 revenue hit $125.56 billion, an all-time quarterly high that marked the first time the retailer cracked $100 billion in revenue. Its retail performance exceeded Moody’s analyst expectations, and margins held up well despite heavy competition from rivals like Walmart, Target and Best Buy, according to Charlie O’Shea, VP at Moody’s. The health of these four retailers is a strong indicator of retail’s resilience, and their Q4 success bodes well for the industry.

Amazon in particular invested more than $60 billion in shipping alone in 2020, helping it maintain blazing fast delivery times, but O’Shea believes its lack of a significant physical store footprint will cause it to lag behind the competition to some degree. Amazon will remain the retailer to beat, but fulfillment strategies like buy online, pick up in-store (BOPIS) and curbside are only becoming more important.

“Amazon continues to face challenges on the delivery side due to capacity constraints, and the three brick-and-mortar retailers above demonstrated the power of their store bases when fully utilized to support their online businesses,” said O’Shea in an interview with Retail TouchPoints. “The ability to provide consumers with a legitimate same-day option across their entire fleet and for the majority of their products was demonstrated to be a distinct competitive advantage, and this will continue into 2021 and beyond.”

Retailers looking for a blueprint on how to deliver a seamless omnichannel experience may want to keep an eye on Target, which saw its digital sales rise 102% between November and December. Same-day services including BOPIS, curbside and Target subsidiary Shipt grew 212%, and more than 95% of the retailer’s Q4 sales were fulfilled by its stores.

“Target has gone above and beyond to support customers in these unpredictable times, providing alternative ways of shopping through initiatives like same-day delivery through Shipt or curbside pickup,” said Mary Schneeberger, Senior Director, Integrated Marketing Practice at Avionos in commentary shared with Retail TouchPoints. “Considering 49% of consumers say convenience is the top reason they shop at major retailers versus local alternatives, Target’s prioritization of digital capabilities designed to reduce friction within the commerce lifecycle is creating long-term customer loyalty.”

Many retailers rolled out or expanded BOPIS programs due to the pandemic, and shoppers now expect these options as a baseline. Additionally, store-based fulfillment, when done effectively, can help retailers speed up their delivery times. Some of the other retailers that put their stores to good use in Q4 2020 include:

In comparison, some struggling retailers had smaller shares of orders fulfilled by stores, which could indicate another area where they are falling behind the competition. Kohl’s fulfilled 43% of online sales through stores throughout fiscal 2020, but overall Q4 sales fell 10% despite digital sales rising 22%.

Mall-based apparel retailers took a beating during the pandemic, but those that successfully embrace an omnichannel shopping journey are better positioned for recovery. Mastercard reported that ecommerce apparel sales jumped 47% in February 2021, accounting for nearly 75% of all sales in the category, according to CNBC.

In Q4 2020, Gap reported a $234 million profit despite an overall 5% sales decrease, partially due to the company’s strategy of closing underperforming stores to focus on the online operations of its Old Navy and Athleta brands.

“Gap’s recent $140 million warehouse investment is a clear indicator that it recognizes the ecommerce growth opportunities for its brands such as Old Navy and Athleta,” said Kurt Trauth, SVP of CX Strategy and Analytics at Stratifyd in commentary shared withRetail TouchPoints. “However, retaining the robust online momentum it’s established will take differentiating itself among other retail giants who have also nailed down their pandemic-driven ecommerce strategies. Free shipping and returns are already a standard expectation, and consumers have already moved on to higher expectations in ecommerce, such as retailers accurately recommending the right sizes to avoid exchanges.”

American Eagle presented results similar to Gap’s, with Aerie reporting 25% revenue growth and 75% digital sales growth, while its flagship brand saw 20% online growth despite a 9% drop in overall revenue. Finding ways to keep up digital commerce momentum and offset mall-based weakness may be the key to staying healthy long enough for these retailers to stage a proper turnaround effort.