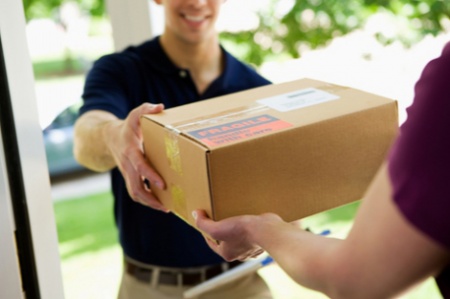 More online retailers are offering expedited same-day delivery, with windows as small as an hour or two, reports the Wall Street Journal. Retailers are investing in more distribution centers and looking closely at their ship-from-store logistics in order to keep up with consumer demand for the service, the Journal reports.

The expectation of what is “fast” delivery is also speeding up: For its holiday survey last year, Deloitte found that more than 90% of shoppers say “same day,” “next day,” and “two day” shipping is “fast,” and that “fast” drops to 63% at three to four days, and 18% at five days to a week, the Journal says.

The trend has many retailers scrambling to make fulfillment more efficient by building more distribution centers and employing ship-from-store, not just to meet the expectations of speed but also to keep costs low. Many shoppers want the speedier delivery but don’t want to pay much for it.

The Journal notes that there is now, increasingly, an expectation that retail delivery be fast and cheap. But while the pressure is on to meet this newish expectation, it’s one that arguably has been set by Amazon and its rivals themselves, and not so much by consumers.

It’s true that Amazon has set and raised the bar here, and several delivery startups are operating in many cities to get products and meals to consumers in record time, at least in urban areas.

And while e-commerce put physical retail on the defensive for years, many online retailers are fighting to compete with the emotional, touch-and-feel advantages that brick-and-mortar stores have. Same-day delivery, especially when it’s within a couple of hours, can help give shoppers that immediate gratification feeling.

There are a plethora of startups running in the space that have kept delivery prices sometimes amazingly low—many retailers have reasonable minimum order requirements and otherwise deliveries cost less than $10, which is less than FedEx charges for next-day delivery.

A looming question in this space, though, remains whether these delivery companies are viable. Many are startups still running on the fumes of investment funding rather than on profits.

If there is a tech bubble, and if it shrinks or pops, many investors are going to be calling in their chips. Even now, there’s plenty of evidence that investors are becoming more wary of where their money goes.

And, while one- and two-hour delivery may satisfy some inherent human desire for immediate gratification and natural impatience, consumers’ unwillingness to pay much for such speedy delivery is an old-fashioned microeconomic indication that it’s not really that much of a priority for them.

It may be worth remembering that instant-gratification, one-hour delivery pioneers like Kozmo, Webvan, and pets.com are also known as a few of the dot.com boom’s most notable failures.

DJI’s second flagship store looks even better than the first