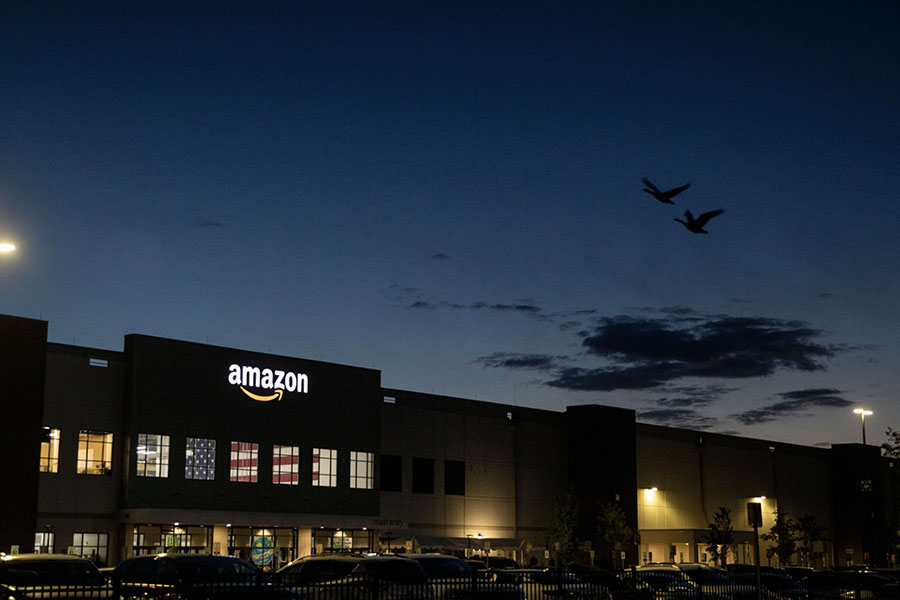 Amazon has eclipsed Walmart to become the world’s largest retail seller outside China, according to corporate and industry data, a milestone in the shift from brick-and-mortar to online shopping that has changed how people buy everything from Teddy Grahams to teddy bears.

Alibaba, the giant online Chinese retailer, is the world’s top seller. Neither Amazon nor Walmart is a dominant player in China.

In racing past Walmart, Amazon has dethroned one of the most successful — and feared — companies of recent decades. Walmart perfected a thriving big-box model of retailing that squeezed every possible penny out of its costs, which drove down prices and vanquished competitors.

But even with all of that efficiency and power, the quest to dominate today’s retail environment is being won on the internet. And no company has taken better advantage of that than Amazon. Indeed, the company’s delivery (many items land on doorsteps in a day or two) and wide selection first drew customers to online shopping, and it has kept them buying more there ever since. It has also made Jeff Bezos, the company’s founder, one of the richest people in the world.

“It is a historic moment,” said Juozas Kaziukenas, founder of the Marketplace Pulse, a research company. “Walmart has been around for so long, and now Amazon comes around with a different model and replaces them as a No. 1.”

Wall Street firms had been expecting this retail baton to change hands in the coming years. But the pandemic accelerated the timeline, as people stuck at home relied on deliveries. Walmart’s sales rose sharply during the pandemic, but it has not matched Amazon, which has added hundreds of new warehouses and hired about 500,000 workers since the start of last year.

Walmart’s sales grew $24 billion in the last year, the company said Tuesday. During roughly the same period, the total value of everything people bought on Amazon rose by nearly $200 billion, analysts estimate.

While the figures are calculated differently, analysts regularly use them as a rough comparison. Knowing the full value of Walmart’s sales is simple, because they nearly all come from its own inventory and are disclosed publicly each quarter. But analysts must calculate an estimate of the value of Amazon’s overall sales because most of what people buy on its site are products owned and listed by outside merchants. The company publicly reports only the fees it takes from those transactions.

With Amazon’s success has come greater scrutiny. And the company has started to receive many of the same complaints — over its treatment of workers and impact on local and national economies — that Walmart faced during its biggest periods of expansion more than a decade ago.

“The Big Bad Wolf is Amazon now,” said Barbara Kahn, a professor of marketing at University of Pennsylvania’s Wharton School of Business who has written several books on retailing.

Over the last century, very few companies could stake a claim to world’s biggest retailer. The grocery chain A.&P. was such a force that antitrust authorities pursued it in the 1940s. Sears overtook A.&P. as the largest retailer in the early 1960s by targeting middle-class shoppers in the suburbs and expanding the department store model.

In 1962, Sam Walton founded the retailer in small-town Arkansas. Mr. Walton had “a true passion — some would say obsession — to win,” he wrote in his autobiography, and he sold a huge variety of products at low prices, including eventually fresh food. But his true innovation was building a vast logistics network that operated with such precision and efficiency that it crushed many competitors that couldn’t compete.

By the 1990s, Walmart had surpassed Sears. And then it kept growing, opening thousands of stores and acquiring other retailers across the world.

Just as Mr. Walton founded Walmart as Sears was ascendant, Mr. Bezos started Amazon in the early 1990s as Walmart was king.

Guru Hariharan, who worked on Amazon’s retail business, said Amazon had eclipsed Walmart by playing a different game. Walmart has hardened its lock on physical stores and the grocery business. But shopping online is growing far faster than in physical stores, even as it accounts for only about a seventh of U.S. retail sales. Amazon captures 41 cents of every dollar spent online in the United States, while Walmart takes just 7 cents, according to eMarketer.

“They have their own turfs that they are the kings of,” said Mr. Hariharan, who left Amazon and eventually founded CommerceIQ, which advises brands like Colgate and Kimberly-Clark on e-commerce.

Amazon has ascended in part because it opened its website to let third-party sellers list their products alongside items that Amazon buys and resells itself. This marketplace greatly increased the assortment of available items. Almost two million sellers offer products on Amazon, and they account for 56 percent of the items sold.

The marketplace makes it harder to determine Amazon’s true influence in the retail industry. The company captures and reports only the fees it charges sellers to list, ship and market their goods, not the total money that flows through its business. The model is more profitable, but produces less revenue.

“It makes Amazon appear smaller,” Mr. Kaziukenas said. “They are obfuscating their reality.”

That has led analysts at investment banks like J.P. Morgan, BMO Capital Markets and Cowen to estimate what is known as the “gross merchandise value,” calculating how much customers buy on Amazon, regardless of whether it comes from Amazon’s inventory or from a seller’s. The analysts make the estimates based on data the company releases, such as revenue it collects from sellers and the marketplace’s share of total units sold, and their own research. FactSet compiles and averages the estimates.

In the last 12 months, Amazon reported total retail revenue of $390 billion. But total product sales, including third-party transactions, was nearly 60 percent higher, according to the analysts’ estimates.

Amazon has not regularly disclosed its gross merchandise value, but in 2019, facing antitrust pressure, Mr. Bezos shared the measure — then $277 billion — for the first time as a way to show that the third-party sellers were growing faster than Amazon’s direct retail business. “Third-party sellers are kicking our first-party butt,” he wrote.

When Mr. Bezos testified in Congress last summer, he pointed to Walmart’s size as evidence of a competitive retail industry. “We compete against large, established players, like Target, Costco, Kroger and, of course, Walmart,” he said, “a company more than twice Amazon’s size” — presumably referring to Walmart’s revenue.

During the pandemic, Walmart honed its ability to use its stores as mini-distribution centers, where shoppers drive to retrieve their purchase “curbside,” a far less costly way to fulfill online orders than delivery. On Tuesday, Walmart said it expected to generate $75 billion in total online sales this year. The company has been expanding its effort to build its own marketplace, but the vast majority of its online sales still come from its own inventory, Mr. Kaziukenas said.

Edward Yruma, a retail analyst and managing director at KeyBanc Capital Markets, said Amazon had only started to come to grips with the reality of its size.

“Walmart is big, and they know it,” he said. Amazon has long played the role of the upstart, even as it became enormous. Just this summer, when it already employed about 1.3 million people, it added a new leadership principle that acknowledged the responsibility of its scale.

“We started in a garage,” the new principle starts, “but we’re not there anymore.”

What’s Next for Farfetch in China?

July retail sales up 11.5% despite consumers traveling, dining out