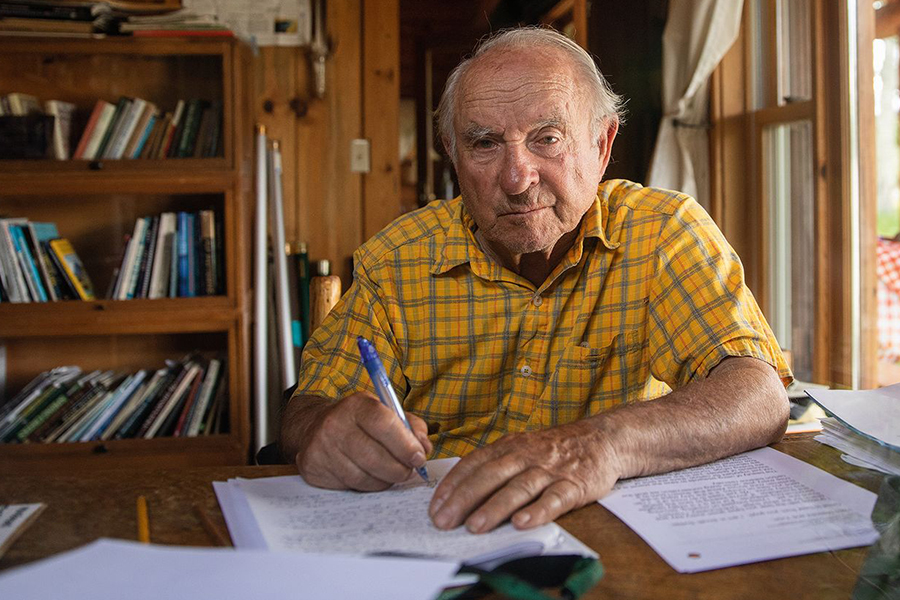 In a bold press release declaring that “Earth is now our only shareholder,” Patagonia announced that founder Yvon Chouinard and his family had turned over ownership of the company to two newly created entities: the Patagonia Purpose Trust and the Holdfast Collective.

“Every dollar that is not reinvested back into Patagonia will be distributed as dividends to protect the planet,” the company said in a press release.

At the moment, Patagonia expects that to amount to roughly $100 million a year. Patagonia emphasized that it will remain a B Corp and will continue to give 1% of its sales to grassroots activists.

The Patagonia Purpose Trust now owns all (2%) of the voting stock in Patagonia and “exists to create a more permanent legal structure to enshrine Patagonia’s purpose and values.” The Holdfast Collective owns the remaining 98% of nonvoting stock and will “use every dollar received from Patagonia to protect nature and biodiversity, support thriving communities and fight the environmental crisis.”

Under the new structure, none of Patagonia’s leadership team will change. Ryan Gellert remains the company’s CEO, and the makeup of the board will also stay the same, though it will now work together with the Patagonia Purpose Trust. The Chouinard family will “guide” the Patagonia Purpose Trust, now the company’s controlling shareholder, and will elect and oversee Patagonia’s board. The family will also guide the philanthropic efforts of the Holdfast Collective.

The purpose of the new structure is to ensure that the company does not deviate from Chouinard’s intent as the founder.

“Two years ago, the Chouinard family challenged a few of us to develop a new structure with two central goals. They wanted us to both protect the purpose of the business and immediately and perpetually release more funding to fight the environmental crisis,” Gellert said in a statement. “We believe this new structure delivers on both and we hope it will inspire a new way of doing business that puts people and planet first.”

Chouinard, who founded the business in 1973, is currently 84 years old and is still a member of the company’s board of directors. In a letter to Patagonia customers, Chouinard noted that while the retailer has tried to address the climate crisis, it wanted to find a way to put more money into environmental efforts.

Walmart expands virtual try-on functionality with Be Your Own Model