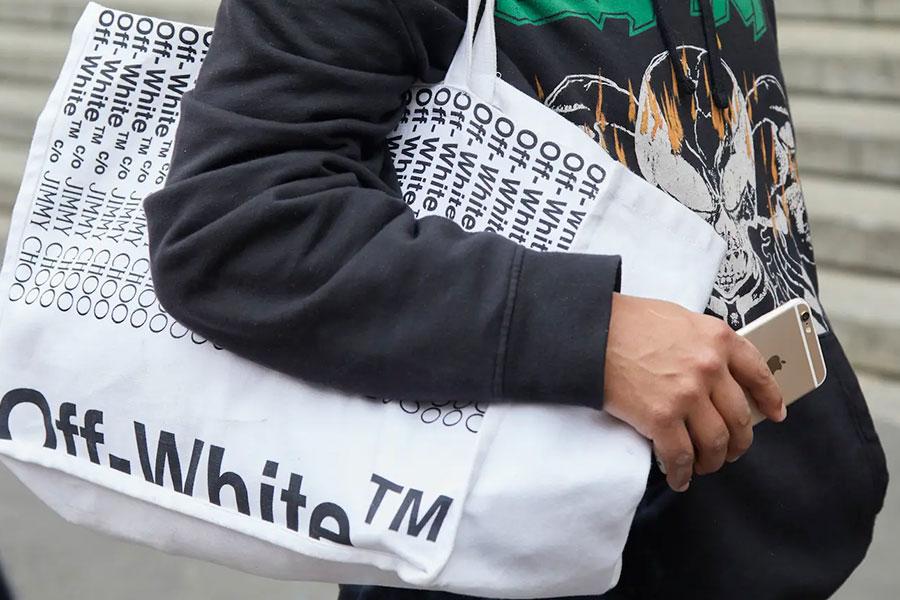 Off-White, which generated an estimated $7 billion in revenue last year, said it will now take bitcoin, ether, binance coin, XRP, tether and Circle’s USDC in exchange for clothing and apparel.

The brand, founded by the late Virgil Abloh, joins a growing list of luxury fashion brands adopting crypto, including watchmaker Hublot and Italian streetwear line Philipp Plein. The acceptance of digital assets is another sign of the growing appetite among major brands supported by increasingly sophisticated payment infrastructure.

Off-White will reportedly use Berlin-based payments provider Lunu to facilitate digital payments and help the fashion brand buoy volatile prices via a crypto-to-currency point-of-sales arbitrage system. The Lunu System combines a terminal and widget with a processing service that conducts “instant auctions.”

That system, based on a pool of independent arbitrageurs, assigns the market price for the crypto-to-fiat exchange, while systems oracles monitor and verify the transactions in third-party blockchains, according to Lunu’s website.

“This is another important step in the growth of the brand that looks towards the future, including Web 3.0 technologies, understanding the needs and desires of its ever-evolving customer base,” according to a company statement as cited in the report.

The majority of Off-White’s consumer base consists mainly of Gen Y or “Millennials” — those born between 1981 and 1996. They also happen to be one of the crypto industry’s largest adopters.

The company, which was incorporated in Milan in 2012, is majority-owned by LVMH Moët Hennessy Louis Vuitton after it acquired a 60% stake in the label last year. The brand’s parent company, New Guards Group, was purchased by luxury marketplace Farfetch for $675 million in August 2019.

Target opens new store in the heart of Times Square