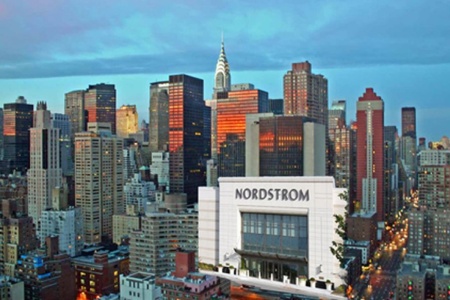 Nordstrom has an abiding reputation for customer service, an accolade it collected by keeping customers top of mind in nearly everything it does, according to experts.

“In my opinion, they use design thinking,” Shelley E. Kohan, VP of retail consulting at store analytics firm RetailNext, told Retail Dive earlier this year. “They put the customer in the center, and they think, ‘How does this impact the customer?’ I think they constantly say, ‘How do we remove pain points?’ A good example is when they recently announced that they’ll take back returns from full-line stores at their [off-price] Rack stores.”

Nordstrom co-president Erik Nordstrom said that, indeed, the changes to the company’s loyalty program came from customer requests. The company has a large incentive to listen to these requests, considering that, according to the company co-president and director, Blake Nordstrom, Nordstrom Rewards member spending contributes to around 40% of the retailer’s sales, with members spending four times more annually than non-members. While only one in five customers are part of the program, the retailer plans to add five million customers in the next 12 months.

“As customers’ definition of service continues to evolve, we are focused on being responsive and delivering services and experiences that are important to them,” Nordstrom said in a statement. “Our customers have asked us to make Nordstrom Rewards more flexible. They’ve told us they want to be able to earn points whether they use their Nordstrom card when they shop with us or pay in another way, and today we hope we’ve delivered on their request.”

That culture seemed to keep many of the demons plaguing retailers in general and department stores in particular at bay for Nordstrom, although it has stumbled in recent quarters, facing slowing traffic and sales and forced into margin-slicing discounts.

Earlier this month Nordstrom Q1 profit of $46 million, down 64% from $128 million year over year. In the wake of that report, Nordstrom CFO Michael Koppel announced that the retailer is looking to cut some $150 million in expenses, which includes $60 million it already planned to save through trimming its Seattle headquarter staff by some 400.

The company said it’s also taking a second look at its five-year-capital plan as part of the cost cutting effort.

How Facebook plans to become a ‘lighthouse’ in retail technology