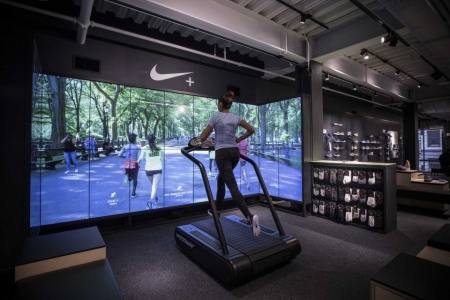 Nike is trying to take disruption in the retail world as an opportunity to sell directly to consumers.

Retail consolidation has accelerated over the last 12 to 24 months, which has decelerated the overall market, Nike CEO Mark Parker told CNBC in an interview Wednesday afternoon. That has forced Nike to shift its strategy to start selling more directly to consumers.

Nike is going through a “massive transformation” that includes selling directly to customers, speeding up its supply chain and product development process, Parker said.

“The whole speed to market, the connection to consumers, the direct connections we have to consumers powered by digital and membership is enormous,” Parker told CNBC’s “Closing Bell.”

Nike started selling some of its products on Amazon in a pilot program announced in June. So far, both parties have learned a lot, and Nike is “encouraged” by the results, Parker said.

Nike is not entirely abandoning its traditional retail partners, however. Instead, Parker said the company is working with its partners to differentiate and elevate the Nike experience going forward. That, he said, will help both parties.

Nike plans to achieve its $50 billion revenue target within the next five years, Parker said. The company on Wednesday outlined its plan to achieve high single-digit revenue growth and mid-teens earnings per share growth target.

Parker also had the chance to address a recent, highly visible, if relatively minor, controversy for Nike. Earlier this month, NBA superstar LeBron James’ new Nike jersey ripped during a game. Parker told CNBC the company has isolated the issue and is working with the NBA on it.