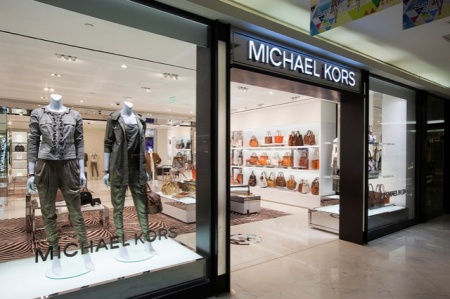 As a result, the company expects to incur between $100 million and $125 million of one-time costs, but anticipates annual savings of $60 million.

Also on Wednesday the apparel and accessories retailer reported fourth quarter revenue fell 11.2% to $1.06 billion, edging out an analyst forecast cited by Reuters for $1.05 billion. Same-store sales in the quarter fell 14.1% missing the Consensus Metrix estimate cited by Reuters for a 13.4% decline. Q4 direct-to-consumer same-store sales including e-commerce fell 14.1% or 13.6% on a constant-currency basis, the company said. Q4 wholesale net sales fell 22.8% to $456.1 million or 22.3% on a constant currency basis, while licensing revenue fell 6.2% to $33.4 million.

The company reported a quarterly net loss of $26.8 million, or 17
cents per share, down from net income of $177 million, or 98 cents per
share, in the year-ago period. Excluding $193.8 million of non-cash
impairment charges primarily associated with underperforming full-price
retail stores, Q4 earnings were 73 cents per share, besting analyst
expectations cited by Reuters for 70 cents per share.

In his statement on Wednesday, CEO John D. Idol, as so many chief executives have in recent quarters, noted the challenging retail environment and ongoing pressure for discounts. He also admitted that the Michael Kors’ “product and store experience did not sufficiently engage and excite consumers” and warned that fiscal 2018 will be a transition year.

For that period, the company said it expects revenue of $4.25 billion, missing the Thomson Reuters I/B/E/S estimate cited by Reuters for $4.37 billion, and a same-store sales decline in the high single-digit range.

But GlobalData Retail Managing Director Neil Saunders questioned whether the company is on track, considering its “precipitous” retail sales drop, and warned that it may have further to fall.

The wholesale drop is understandable, considering that Michael Kors, like Coach and others, has scaled back department store sales in its effort to fight the promotional environment there. But the retail side should be making up for that somewhat, according to Saunders.

The fact that rivals like Coach are demonstrating healthy demand for premium accessories puts Michael Kors’ results in an especially poor light.

The brand is suffering from its former willingness to expand its store fleet and tag its goods with discounts, giving shoppers reason to look elsewhere for higher-end goods. While the company’s expansion into fragrance and wearables could help, Saunders warned it may also prove to be a distraction from job one.