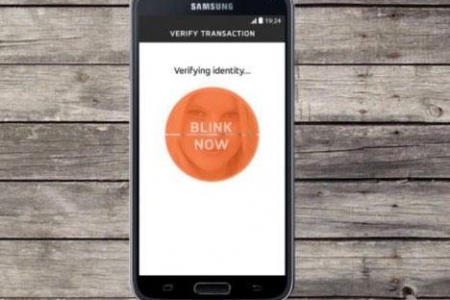 The days of using a traditional password to verify your identity for MasterCard online payments are numbered.

The credit card company has confirmed at Mobile World Congress in Barcelona that it plans to accept selfies and fingerprints as an alternative to passwords. MasterCard has already tested these biometric checks during a trial in the US and Netherlands last year, and now an actual rollout of the new system is planned for this summer in the UK, US, and Canada.

The new system will also come to the Netherlands, Belgium, Spain, Italy, France, Germany, Switzerland, Norway, Sweden, Finland, and Denmark. To use the system, MasterCard said customers in those countries will have to download an app to their PC, tablet, or phone. They will also need to provide their credit card details for online purchases, according to the BBC.

The system will only kick in should a further authentication check be required. Customers may be asked to look at their phone’s camera or use the phone’s fingerprint sensor to verify their identity instead of manually enter a traditional password. To protect customers against fraud however, MasterCard will require them to blink into their camera when taking a selfie.

Such a small action should prove they aren’t holding up a photo. Keep in mind both Microsoft’s Windows 10 and Google’s Android operating systems already let users unlock their devices by looking at their cameras. Mobile wallets like Apple Pay, Samsung Pay, and Android Pay have also allowed customers to authorise payments with their fingerprints for awhile now.

So it’s probably only a matter of time before biometric checks are widely accepted and used everywhere – not just by credit card firms.

What Fashion Needs to Know About Cybersecurity