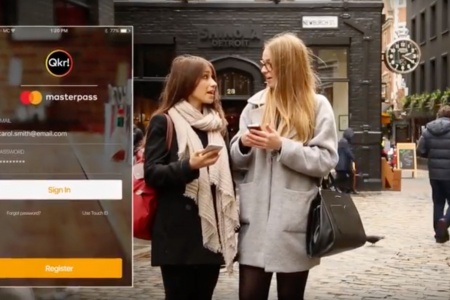 MasterCard said its new partnership with software company Oracle will focus on three needs for restaurants, hotels and retail stores: The in-store experience for consumers, merchant operational efficiencies and what it calls cross-channel consistency.

One way MasterCard will help merchants develop and scale in-store experiences is through Qkr! with Masterpass, the card network’s mobile order-ahead and payment platform.

Qkr already was active in Australia, Colombia, Mexico and the U.K. and is being used at quick-service fast-casual restaurants such as wagamama, Juan Valdez, ASK Italian, Young’s Pubs, Zizzi, and Change Please, a mobile coffee-delivery social project run by the homeless in London, according to a press release.

MasterCard’s focus on Qkr comes at a time when mobile order-ahead is becoming a standard feature at quick-service and fast-casual restaurants.

Chains such as Chick-Fil-A, Domino’s, Dunkin’ Donuts, Pizza Hut and Starbucks, just to name a few, have all added the capability with varying degrees of success.

Starbucks actually has faced some challenges with mobile order-ahead because it’s become a popular feature with its customers. The coffee giant said last month in an earnings call that it saw some operational challenges in its highest volume stores and that caused customers to seek their caffeine fix elsewhere.

MasterCard sees some other ways Qkr can be a useful feature outside the restaurant industry and that’s where the Oracle partnership comes into play.

Part of the in-store experience will see MasterCard combine digital payments such as Qkr with Oracle’s point-of-service technology. Oracle, in turn, also will integrate Masterpass into its products to enable retailers to provide an easier check-out experience across different channels, whether it’s in-store, mobile or online.

MasterCard and Oracle already were working together with some merchants in the U.K., including wagamama, Carluccio’s, Young & Co’s Brewery and Geronimo Pubs. Those establishments let customers use Qkr to order additional items during meals, pay at the table and split the bill with friends.

IKEA and other projects coming to Texas city