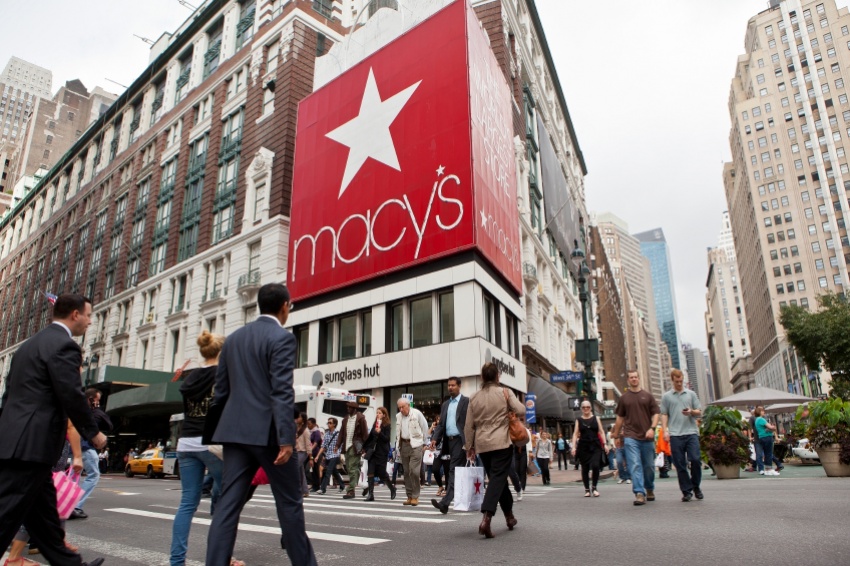 Macy’s wants to make checking out at its stores less of a hassle.

The company will roll out a mobile checkout option, powered by its mobile app, to all full-line Macy’s stores by the end of 2018, CEO Jeff Gennette said Sunday at the ShopTalk conference in Las Vegas.

The company is also adding an augmented reality shopping experience for furniture to the Macy’s app, hitting phones as early as next month for some shoppers. With the upgrade, customers will be able to virtually place Macy’s furniture within their own living spaces, seeing how it looks there before they buy.

“It’s the most competitive [retail] environment we’ve ever seen,” Gennette said at ShopTalk. “Macy’s heritage isn’t going to be enough to guarantee success.”

Macy’s has been testing the mobile checkout option at its store in Woodbridge, New Jersey. The platform allows shoppers to scan bar codes on items (apparel, home goods, etc.) with their phones, as they add merchandise to their baskets in stores. Relevant discounts and rewards will also be applied, via a shopper’s loyalty account, throughout.

When customers are finished shopping, they will head to a special counter for mobile checkout, where an associate will remove security tags and make sure the number of items scanned adds up to those paid for. Then, they’re ready to go.

At a recent conference with investors, Gennette called checking out the “single biggest pain point” in stores today. “Being able to turn that control [of checking out] over to customers is a big win,” he said.

Macy’s will also soon start piloting mobile checkout at its Bloomingdale’s location in New York’s SoHo neighborhood, with plans to grow the platform to this department store brand at a later date.

The new furniture shopping experience will allow shoppers to move items around a virtual room (a bedroom, bathroom, kitchen, etc.) via a tablet in stores. It will cover a “significant portion of Macy’s largest furniture departments,” the company said. Once the room is designed, shoppers will be able to “step into the room and walk around,” using a VR headset.

The goal is to bring new technology to shoppers, who are acclimating to using VR and AR gadgets at a more rapid clip. Retailers including Ikea, Wayfair, Target and Lowe’s have also made updates to their apps or added in-store platforms for shoppers to envision furniture within their own homes.

“Like a lot of brands, we’ve experimented with VR in a number of areas and we’re excited to have found a practical application that has proven to drive sales,” Gennette said about the expansion plans.

The company has said that during the VR pilot test, shoppers returned less than 1 percent of furniture purchases, compared with 5 percent of those items being returned on average.

Macy’s meanwhile is in the midst of a turnaround of its business with the goal of getting back to same-store sales growth. That plan includes building out its off-price concept, Backstage, leasing out space within stores to other profitable uses, rethinking the layout of its beauty department (adding more Bluemercury stores), and revamping its loyalty program to add a tender-neutral option, meaning shoppers don’t need to use the Macy’s credit card to earn rewards.

How Dunkin' Donuts turns to voice to boost mobile orders