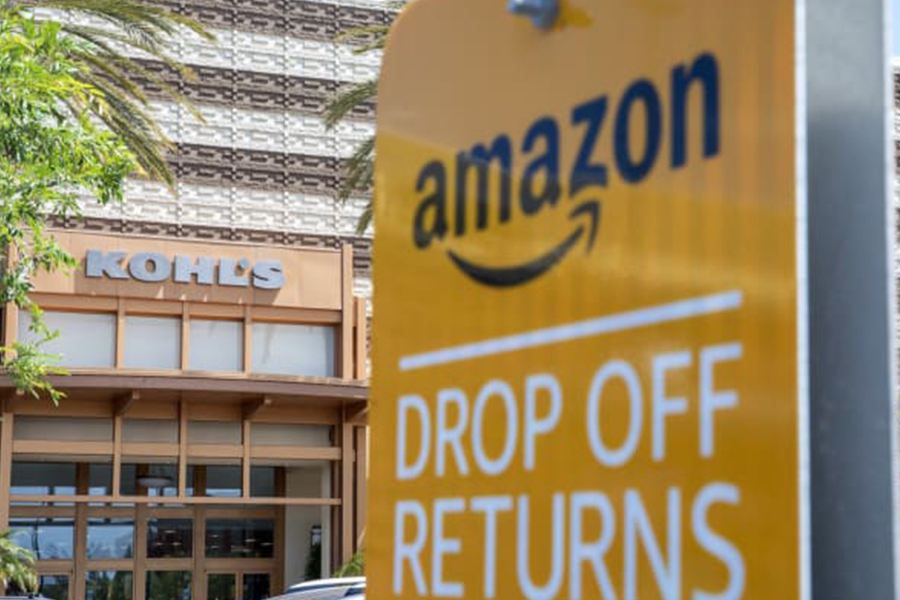 Kohl’s says its Amazon partnership is teaching the retailer a lot about its own stores, especially amid the coronavirus pandemic.

“It has opened our eyes … that there are other roles a Kohl’s store can play to the American consumer,” Kohl’s chief technology officer Paul Gaffney told CNBC’s Deirdre Bosa Thursday afternoon during a virtual CNBC @Work Spotlight event.

Kohl’s had said ahead of the 2019 holiday season that a nationwide rollout of its Amazon returns service was going to be a boon for business. It now accepts Amazon returns at all of its stores, devoting a portion of each of its shops to the service with designated kiosks or counters. The hope, for Kohl’s, has always been that in coming in to make returns, customers will then proceed to buy something, subsequently boosting Kohl’s sales.

Analysts have since, however, doubted that the tie-up has been worth it for Kohl’s, especially when this past holiday season was not as strong as the retailer and Wall Street expected.

“I get this question, ‘Is Amazon working?’” Kohl’s CEO Michelle Gass said in January at the National Retail Federation’s annual Big Show in New York. “Amazon is working,” she said, debunking the naysayers. “This returns program is working. We’re seeing the traffic. We’re getting new customers.”

“It has brought new people into Kohl’s who otherwise wouldn’t have gone into Kohl’s,” Gaffney said about the returns service. “And many of them buy something.”

“It has underscored how important a physical transaction is to some people,” he added.

Meantime, as Kohl’s stores are able to reopen after being forced shut due to the Covid-19 crisis, Gaffney said customers are coming back even stronger than the retailer was anticipating.

“We are thankful customers have returned in strength to our stores,” he said. “It’s not quite before-Covid levels … but it is quite interesting people have come back strong … especially to apparel.”

Other retailers including American Eagle Outfitters and Abercrombie & Fitch have said, similarly, that shoppers are returning to their stores in larger droves than anticipated.

Retail sales rose 17.7% in May from the previous month, well above the 8% forecast, according to data released this week from the U.S. Census Bureau. That was after retail sales tumbled a record 16.4% in April.

Clothing and accessories stores reported the biggest percentage gain in May, at 188%, while sporting goods, hobby, musical instruments and bookstores rose 88.2%, the data said.

Kohl’s shares were recently down 1% Thursday. The stock has fallen a little more than 54% this year.