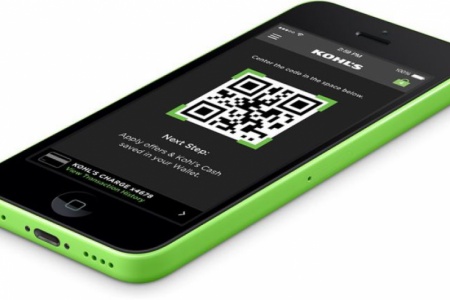 The latest to launch its own, independent mobile payment platform is department store chain Kohl’s, which has now integrated “Kohl’s Pay,” along with its loyalty and rewards programs, into the company’s mobile app.

The retailer had previously announced the arrival of Kohl’s Pay as an expansion to its existing mobile wallet capabilities, which had allowed consumers to save their payment information and collect promotions and rewards.

Kohl’s mobile payments launch follows other recent moves from Walmart and CVS, which also now have their own mobile payment solutions bundled in their smartphone applications. However, Kohl’s initiative is different in that it doesn’t allow consumers to add their own payment cards — instead, the solution is entirely focused on Kohl’s Charge, its private label card.

That will make it less appealing for shoppers who are simply looking for an easier and quicker way to check out at the register, while also tapping into offers and rewards, like Kohl’s Cash and Yes2You Rewards.

That being said, the retailer has more than 25 million active cardholders across the U.S., so there is a sizable market that may be interested in using Kohl’s Pay at the point-of-sale. And these are Kohl’s most active and loyal customers — 60 percent of its in-store sales are done through its store cards, the retailer has said.

What makes the solution better than traditional methods (e.g. cash, credit cards) is that it allows shoppers to automatically redeem the rewards they’ve collected in the app’s mobile wallet, at the same time as they check out — that is, it all takes place within one transaction.

Plus, because transaction histories are stored in the app, returns and exchanges become easier, as consumers won’t have to dig up their paper receipts.

One area where Kohl’s did mimic other retailers is in how the mobile payment service works. Unlike with Apple Pay or Android Pay, Kohl’s Pay does not support NFC (tap to pay) transactions. Instead, consumers launch the app, choose Kohl’s Pay from the menu, then scan the QR code that appears on the customer display at point-of-sale. This code is scanned once to both pay for the transaction and apply the savings. Then you tap to approve and complete the transaction.

The app, which has been downloaded 14 million times, also lets shoppers save Kohl’s gift cards in their mobile wallet, browse products, scan items in store, receive sale alerts, check out in the store then get the item shipped for free and more.

What’s interesting about the launch of Kohl’s Pay is that Kohl’s was also an earlier adopter of Apple Pay, having been the first retailer to add its private label card and rewards program to Apple’s payment service. But with Apple Pay and other solutions, retailers don’t have such easy access to shopping data as when they use their own platform. With Kohl’s Pay, the company will be able to gain more insight about its sales and promotions, among other things.