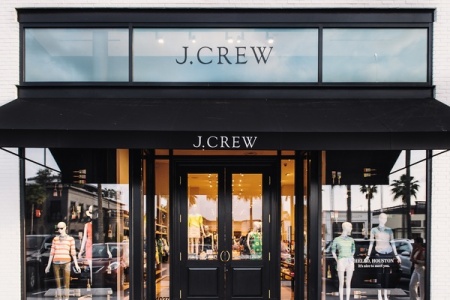 Both companies have been led by fashion industry visionaries, who for
years had the golden touch bringing to market clothing that American
consumers, especially the economically well-endowed affluents, favored.

Both filled their stores with iconic “preppy” looks and year-after-year,
season-after-season, went back to the same well to reup the line with
little tweaks here and there. And both kept pushing the envelope of
price, testing how far their customers’ wallets would stretch.

Success bred success and more stores were opened as they sought to bring
their fashion “worlds” to a wider market. Along the way, they also
decided that more customers with less spending power aspired to their
brands, so they spun off lower-priced lines and opened factory outlet
stores where even the hoi polloi could indulge.

Then the Great Recession happened, and both companies, having been
through recessions before, hunkered down to ride it out until the
business cycle improved, as it always has. But this time it didn’t.

Seemingly overnight the consumers had moved on. Mickey Drexler and Ralph Lauren lost their golden touch. Each rudely learned “what got you here isn’t going to get you there,” borrowing from Marshall Goldsmith’s best-selling book.

Largely pointing the finger at the disruption from the internet, both companies are now bringing in very successful, younger executives to lead the troops. Neither Patrice Louvet for Ralph Lauren nor James Brett for J. Crew come directly from the fashion industry. While Brett’s resume includes previous stints in fashion, that is not where he achieved his greatest success. It was at West Elm, the younger, hipper home furnishings brand from Williams-Sonoma.

How shoppers use their smartphones in stores

Nike and Adidas, huge investments that should terrify Under Armour