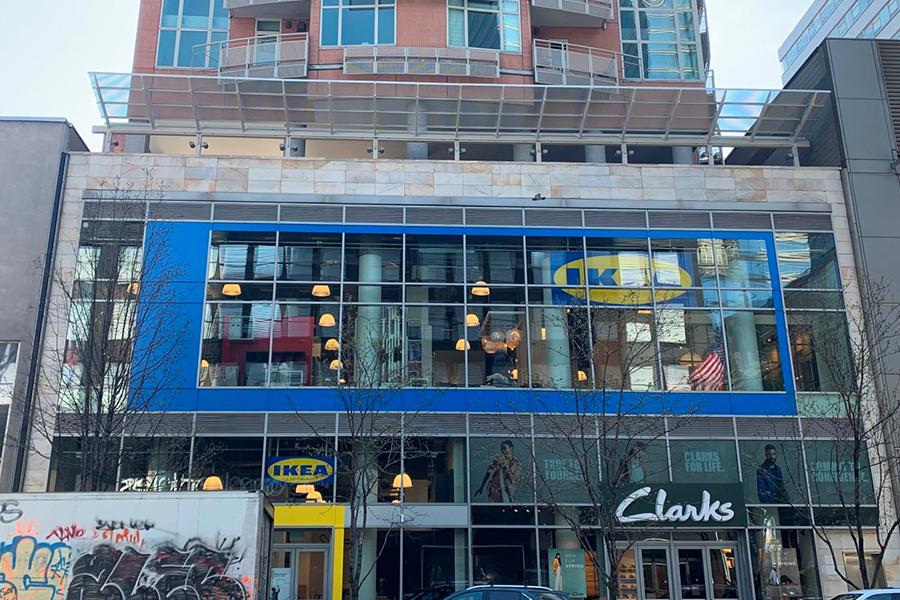 The Swedish furniture and home goods retailer, known for its massive stores spanning more than 300,000 square feet, opened its first “city center” location ever, in New York’s Upper East Side. Ikea says it ultimately plans to roll out more than a dozen small-format shops nationwide to reach city dwellers looking for kitchen accessories, furniture and organizational tools for tinier homes.

Situated along a stretch of Third Avenue, home to Bloomingdale’s, Home Depot and CB2, Ikea’s first small-format shop is meant to serve as a “planning studio” for shoppers to pick out items they want delivered to their homes. It offers lower-priced shipping and delivery, in addition to assembly services, help with financing and a buy online, pick up in store option. On the lowest level of the three-story space, which spans about 17,000 square feet, Ikea has three private rooms and a handful of computer stations dedicated to design planning sessions that can be booked by customers by appointment.

The move to Manhattan comes at a time when many other retailers have been experimenting with pint-sized locations in urban areas. Target has opened a few small-format shops within New York and has one planned down the street from Ikea’s new store. Macy’s is trimming back some of its real estate, including testing out pop-up marketplaces at its Herald Square flagship in New York, while Kohl’s is cutting up its stores to bring in new tenants like Aldi and Planet Fitness.

“We are just fundamentally in a transformational period, where we are really spending a lot of time listening to customers and their needs,” said Leontyne Green Sykes, chief operating officer of Ikea’s U.S. retail operations. “This actually addresses consumers’ needs very directly. It’s focused on what we learned from consumers about what they need in smaller spaces. … This is devoted to people who live in Manhattan and New York.”

Getting away from the suburbs today, “a lot of people are moving into cities,” Skyes said. “We are excited to see how we can continue to expand. We will continue to look for ways to meet our customers where they are.”