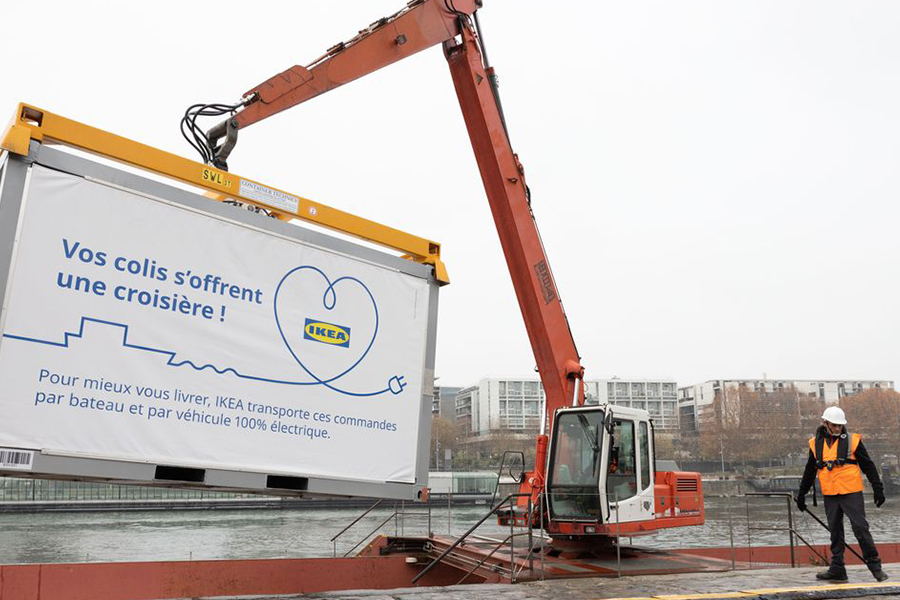 Starting this month, Ikea is introducing deliveries by boat via the Seine for its Parisian customers.

In an effort to reduce CO2 emissions in its operations while improving delivery times in the French capital, the retailer has partnered with Box2Home to launch a scheme that utilises boat transport on the Seine together with electric vehicles for the final delivery.

The Île-de-France region supported the project financially and logistically as part of a wider programme to further utilise navigable waterways in France.

The new solution allows for the entire Ikea range to be delivered by river in the French capital, emitting up to five times less CO2 than road delivery and saving around 300.000 kilometres on Parisian roads annually.

“We are proud to be a pioneer in this field and introduce deliveries via the Seine in Paris. With this innovation we are taking an important step to support the growth of home deliveries while reducing the environmental impact,” says Emma Recco, Country Business Development Manager at Ikea France.

“I would like to thank the City of Paris, HAROPA PORT, the Île-de-France region, and Voies navigables de France for their assistance and support.”

The scheme is planned to be expanded by connecting the Ikea Customer Distribution Centre to the harbour of Limay that opens in 2026.

“Developing river transport is not an option but a necessity for the City of Paris and we will encourage each project going in this direction,” says Pierre Rabadan, Deputy Mayor of Paris.

“The Ikea solution is a perfect example of what we want to support and develop in the future. An innovation which, I hope, will inspire many other economic players.”

Ikea France also expects to be able to offer more home delivery slots as a result of introducing the new service.