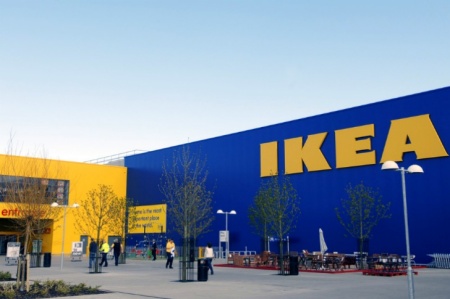 Ikea has pledged to invest €1bn (£850m) in recycling companies and forests after netting €5.2bn from the sale of its product development and supply chain business.

The deal between the retailer and Inter Ikea, a group set up by Ingvar Kamprad, the founder of Ikea, which controls the brand and design trademarks behind his empire, was revealed as the furniture retailer reported a 7.4% rise in annual global sales to €35.1bn, boosted by 29% growth online to €1.4bn.

The company, which has 340 stores, 22 pick-up and order points and 41 shopping centres around the world, said it would pay a dividend of €840m to its owner, the Stichting Ingka Foundation, a Netherlands-based trust, in the next year. Ikea did not pay a dividend last year.

The group’s 163,600 staff will also share €443m in bonuses and loyalty payments including a £1,200 loyalty bonus paid into the pension pot of British staff who have worked for the company for five years or longer.

The company said: “Our strong financial position enables us to continue investments in co-workers, our stores, digital technology, the distribution network, as well as shopping centres and renewable energy.”

Ikea opened its first new store in the UK in seven years in 2016 – in Reading – and is currently planning outlets in Sheffield, Greenwich and Exeter. It also plans to open its first store in India – in Hyderabad – next year and is also planning a move into Serbia.

As part of a series of sustainability pledges, Ikea said it would also be investing €1bn in buying forests as well as companies active in recycling, renewable energy development and biomaterials. It already owns 74,700 hectares of forest in Romania and the Baltic countries and has phased out the use of polystyrene packaging in favour of recyclable alternatives, except for around kitchen appliances.

The investment comes on top of €600m pledged last year for investment in renewable energy as Ikea works towards energy independence by 2020.

By the end of this year, the company has committed to own and operate 327 wind turbines and to install 730,000 solar panels on its buildings worldwide. It produced the equivalent to 71% of energy used in its operations.

But the latest deal with Inter Ikea is likely to prompt further scrutiny of Ikea’s already controversial tax structure.

Under a complex international structure partly designed to save taxes, the furniture retailer pays Inter Ikea, the Liechtenstein-based group set up by Kamprad to secure the long-term future of his business, an annual franchise fee worth 3% of sales. Inter Ikea now controls the group’s manufacturing facilities, its product design, advertising and distribution network so that Ikea Group is purely focused on stores.

The deal comes as a raft of changes designed to block multinationals from aggressive tax structures come into force. Many companies are unwinding complex corporate arrangements that have saved them large amounts of tax for many years.

Research commissioned by the Green/EFA group in the European parliament claims to show that Ikea “structured itself to dodge €1bn in taxes over the last six years using onshore European tax havens”.

Ikea has said it was “fully committed to manage its operations in a responsible and sustainable way and we pay our taxes in full compliance with national and international tax rules and regulations”.