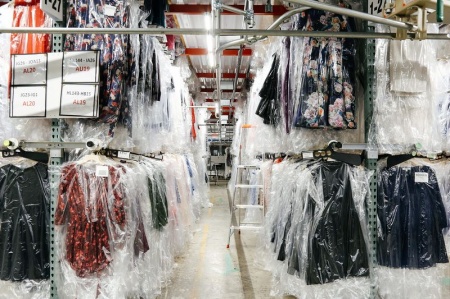 Jennifer Hyman, the chief executive and co-founder of Rent the Runway, has vast ambitions for the fashion rental service she co-founded in 2009. In the beginning, the company offered shoppers clothing choices they couldn’t afford to buy, enabling everyday Americans to sprinkle some haute couture on a prom or wedding. Now she wants you to wow your workplace all week long.

Hyman, 37, plans to replace the American woman’s static closet with a dynamic one. Rent the Runway has bet its future on subscriptions, hoping it can convince shoppers to use its service for everyday wear, not just dress-up events. For $159 a month, its Unlimited program allows members to rent four pieces at a time on rotation, effectively replacing their wardrobe if they want. The company recently began offering a cheaper option, called Update, which lets subscribers grab four pieces total per month for $89.

As Hyman sees it, it’s impossible to serve all of America’s women at a price point above $100, especially those her strategy depends on most. While Rent the Runway’s subscription service has taken hold in the cities, in suburban and rural America—where more than 50 percent of her customers live—it’s still used mainly for special occasions: a designer gown for graduation; a cocktail dress for New Year’s Eve.

That vote of confidence notwithstanding, brand awareness remains a problem—Rent the Runway hasn’t advertised much since it first popped up eight years ago.

To get the word out, the company launched its first national ad campaign last month, with commercials that promise the service could replace someone’s entire closet of clothes.

Hyman’s headquarters may be in a shiny Manhattan tower, but the heart of her operation is a 250,000-square-foot facility across the Hudson River in Secaucus, New Jersey. At around 6 a.m., FedEx, UPS, and U.S. Postal Service trucks begin to arrive, carrying returning garments from across the country. Each piece must be scanned, inspected, dry cleaned, repaired, and sent through quality control before being packed and shipped out again at the end of the day. A dress may come from California that morning and get sent off to North Dakota by nightfall, returning for its next voyage a few days later.

Unlike regular retailers, it’s more difficult for Rent the Runway to expand its warehouse and distribution operations beyond its New Jersey hub. With normal retail returns, there’s less urgency to send an item back into the world. Rent the Runway essentially has 100 percent returns. Workers have about 12 hours to finish turning around a daily batch of items, a process that includes a scale of on-site dry cleaning that a traditional clothing retailer wouldn’t have.

Nevertheless, Rent the Runway must build more hubs if Hyman’s dream is to come true. The amount of inventory the company keeps has doubled over the past year as it ramps up its subscription service, and there are ever-more shipping expenses lurking in the weeds of Secaucus: Sending merchandise all over the country from only one location is a pricey proposition.

In addition to more shipping centers, physical stores are part of Hyman’s plan, too. Rent the Runway has five shops so far, all in cities, where shoppers can try on clothes or even stop by to change outfits. It’s unclear though how viable store locations may be in less-populated areas. “Whether or not a few years from now we’ll expand that model in suburbs remains to be seen,” said Hyman.

Meanwhile, others are looking to battle Rent the Runway for that suburban consumer. There’s a smattering of startups out there, such as Le Tote, Armarium, and Curtsy—but the bigger threat looms in the form of legacy retailers looking to squash this new threat.

How Mars and Walmart illustrate the future of sustainability

Main Streets Across The World 2017