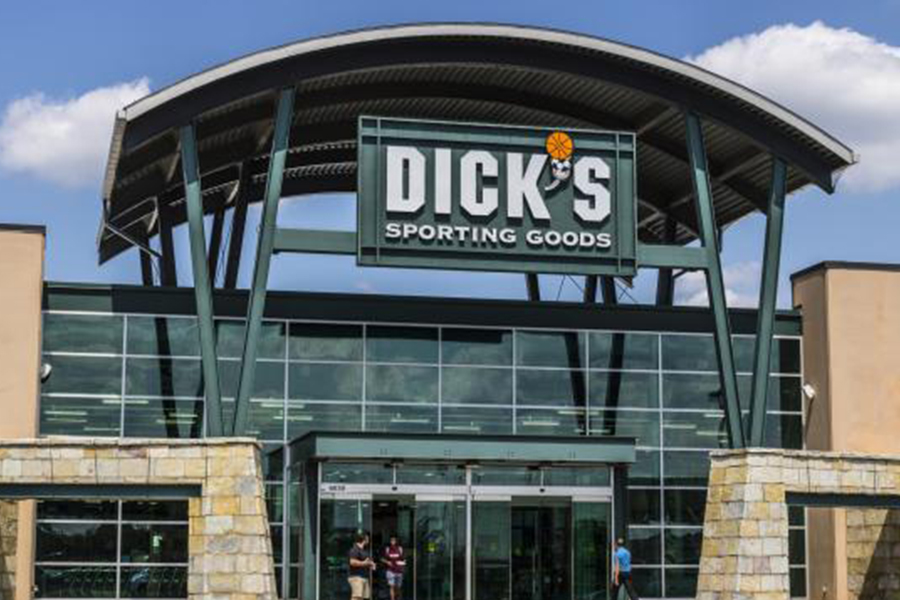 Dick’s Sporting Goods posted its highest quarterly sales and earnings ever in its second quarter, as more people spent time exercising outdoors and at home.

E-commerce sales for the sporting goods retailer exploded 194%, including its curbside contactless pickup sales, a business president Lauren Hobart says is “here to stay.” Digital accounted for 30% of total net sales in Q2 2020, which ended August 1, compared to approximately 12% during the second quarter of 2019.

Half of the online sales boom came from mobile, Hobart noted on the retailer’s earnings call, and Dick’s focused on improving the speed and convenience of curbside pickup. Curbside sales remained strong even as the retailer opened stores that had been closed due to the health crisis.

“It’s been a fundamental shift in consumer behavior, and we anticipated originally that we would see a large drop off when the store is reopened, but that is not the case,” Hobart said. “It’s just an added element to a store. So, that the store becomes the omni-hub of the whole ecosystem.”

“It’s a business that we believe strongly is here to stay,” Hobart later said, “and we believe it will be an important player throughout the back half of the year and into holiday and into the future.”

CFO Lee Belitsky noted “with COVID around there might not be that much interest in getting into crowded stores in the Christmas season.”

To meet the demand, Dick’s is forward deploying inventory out to stores and setting up all the parking lots to operate that way.

“We’ll be ready for a big curbside event the rest of the year,” Belitsky said.

“During this pandemic, the importance of health and fitness has accelerated and participation in socially distant, outdoor activities has increased,” Edward W. Stack, chairman and CEO said in a statement. “There has also been a greater shift toward athletic and active lifestyle product with people spending more time working and exercising at home. The majority of our assortment sits squarely at the center of these trends, and while mindful of the uncertainty in the current environment, we are in a great lane right now.”

Net income for the quarter grew roughly 148%, or $3.12 per share, for the quarter.  Excluding one-time charges, Dick’s Sporting Goods earned $3.21 per share, blowing past the $1.30 that analysts were projecting. Net sales rose 20.1% to $2.71 billion, beating expectations for $2.46 billion. Same-store sales increased 20.7%, even with approximately 15% of the retailer’s stores closed on average in Q2.

The retailer’s second quarter also saw e-commerce merchandise margin expand meaningfully, which, along with higher curbside and BOPIS sales, drove a significant improvement in e-commerce gross margin. The retailer was able to reduce delivery times even as digital demand remained at unprecedented levels. Meanwhile, Dick’s used data from its 20 million ScoreCard loyalty program members to drive its digital and direct marketing efforts, which it continued to enhance in the quarter, enabling more personalized communications.

“This success online is a direct result of the technology and fulfillment investments we have made over the years, as well as better integration of our digital and store channels, as we work relentlessly improve the athlete experience, enhance our profitability and build a best-in-class omnichannel platform,” Hobart said.