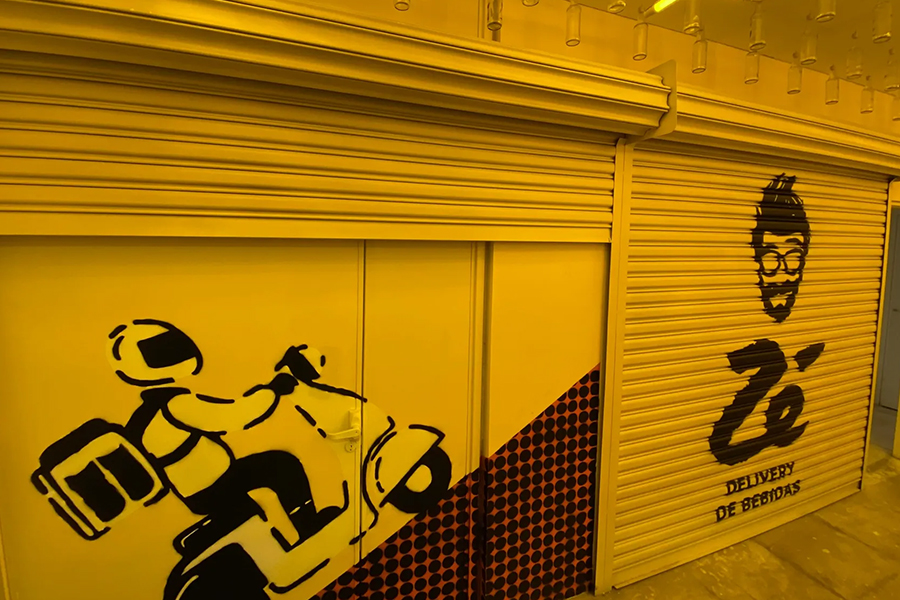 While many ultra-fast delivery companies flood consumers with cross-category offerings from Skittles to Skims, Zé Delivery is proving that less could be more.

With beverage delivery “difficult to execute” because products are heavy and bulky, he noted, and low margins to ship (especially cold), it looked for a solution.

“We thought that we needed to somehow spearhead and push and try to do things that perhaps other retailers would take longer to do,” Lebelson told Retail Brew.

AB InBev fine-tuned Zé Delivery in Brazil until 2019, when the biz really picked up and it reached 1.6 million orders. Then the pandemic, of course, gave its business a boost. In 2021, it brought in 5 million orders monthly, and 61 million in total, Lebelson said. It was then that the company knew it was time to expand.

“Because this is no longer an experiment, we’re seeing that we can do this in a profitable way, to have this direct relationship with consumers, understand their needs, have the data on what they prefer, so we can optimize and iterate all the time,” Lebelson said.

Lebelson admitted AB InBev was initially “afraid” Zé Delivery wouldn’t be able to compete with multicategory retailers like Amazon. However, while several rapid-delivery companies have seen losses in recent months, Zé’s bev focus has been a driver of its success.

“The big realization was, this is a problem that nobody else is solving the way consumers want it to be solved,” Lebelson said.

Since AB InBev is itself a beer vendor, he noted, it doesn’t have to charge consumers a fee from POS partners or couriers. “We’re there to serve the consumer to sell our products as opposed to extracting some type of economic profits from the supply chain.”

Homebrew: So why isn’t there something like this in the US? Stateside, it’s not so simple, Lebelson explained. There’s a three-tier system for alcohol vendors to distribute their products: Breweries must sell to wholesalers, who sell to retailers, and then consumers.

While Lebelson said that means there’s “not much” AB InBev can do in terms of DTC, its strategy in the US has been to “be super close” with alcohol-delivery channels like Drizly.

But the US does play a notable part in Zé’s business. The beer giant uses the service to track US consumer trends in other regions to see how they perform, he noted.

Cracking the consumer: It’s also learned lessons about consumer behavior and demands within Latin America, like the evolving use occasion for its service. When Zé started, Lebelson said “emergency” purchases (i.e., running out of beer at a party) accounted for ~70% to 80% of sales. Now, that same percentage is turning to Zé to simply restock their fridges.

“If you think about it, it’s what Uber did for commuting, or for driving. I sold my car in 2015. I never bought a car again because I know that I could count on Uber. What you’re seeing is that people are changing the way they iterate with the category in supermarkets,” Lebelson explained. “So as opposed to, ‘Hey, I’m going to the supermarket. I’m buying everything that I need for my supermarket shopping lists,’ I know that I can remove beer out of that list, because I know there’s a solution that will serve me the right way.”

“This whole concept that you would have to spend months doing consumer research, blind tests, and all that, you can simply leapfrog if you have this direct connection,” Lebelson said.

The Future Of The Grocery Industry — Will Walmart, Kroger & Amazon Remain Leaders?