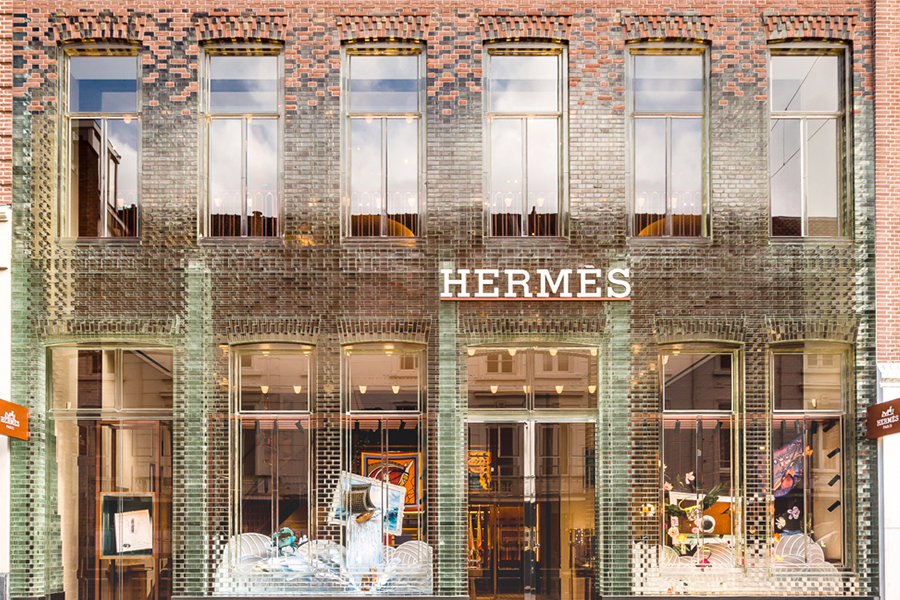 The French fashion house Hermès first entered the Dutch market in 2006, opening a modest boutique on the city’s golden mile of upscale retail, but as said, it has relocated, and it’s to rather grand premises right across the street. Occupying the so-called Crystal Houses, a previously opened redeveloped retail space comprising of two adjacent buildings with a striking gradient glass façade by architecture practice MVRDV, the interior has once again been fully revamped to meet the discerning standards Hermès has globally become known for. 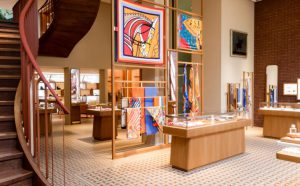 Needless to say, it’s Paris-based architecture practice and longtime collaborator RDAI which created fitting settings for the store. The retail space obviously oozes all of the fashion house’s discreet-chic design codes, including the iconic Ex-Libris mosaic tiled flooring replete with a modern shimmer, traditional Grecques light fixtures, and a variety of custom-made cherry wood furnishings. Interestingly, the chosen palette is inspired by the earthy hues of traditional bricks, a material abundantly used in local architecture, and is arguably best represented by the imposing staircase which leads to both the mezzanine and second floors. Mind you, for those already laden with trophy purchases, an elevator is readily available. 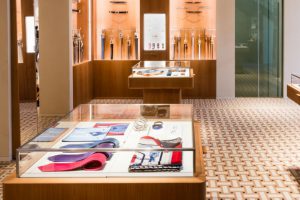 The ground floor with double-height ceiling is flooded by daylight that enters through the transparent façade, and it’s here where shoppers will find Hermès‘ iconic silk shawls, fragrances and jewellery collection, followed by a section dedicated to women’s and men’s at the centre of the store. The back section is home to men’s apparel and shoes. The wooden staircase comes with a leather-clad hand rail, and elegantly swirls upstairs, past the mezzanine which presents pieces from the house’s home collection, to the second floor. Seemingly floating, it’s open on both sides, allowing peeks of downstairs and the outdoors, including a faux terrace setting with potted plants. On the top floor, shoppers can indulge in more jewellery pieces, watches, leather goods, and a selection of the brand’s equestrian gear.

Alibaba in talks on stake in China operations of Germany's Metro