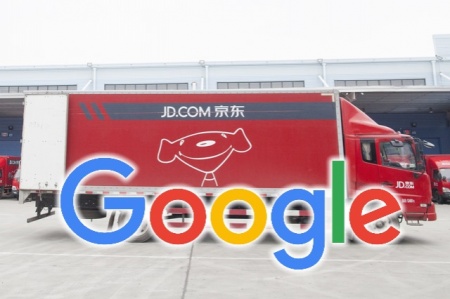 Tech giant Google said Monday it will invest more than half a billion dollars in China’s second-largest e-commerce player, JD.com.

As part of a strategic partnership, Google will put $550 million in cash into JD.com, the companies said in a statement. In return, Google will receive more than 27 million newly issued JD.com Class A ordinary shares at an issue price of $20.29 per share.

The two tech companies said they would work together to develop retail infrastructure that can better personalize the shopping experience and reduce friction in a number of markets, including Southeast Asia.

For its part, JD.com said it planned to make a selection of items available for sale in places like the U.S. and Europe through Google Shopping — a service that lets users search for products on e-commerce websites and compare prices between different sellers.

When retailers partner with Google, it gives their products visibilityand makes it convenient for consumers to purchase them online. For the tech giant, its shopping service is important in helping to win back product searches from Amazon and to stay relevant in the voice-powered future of e-commerce.

The partnership would open a channel for JD.com to sell to consumers outside China, especially at a time when trade tensions between Beijing and Washington are high.

JD.com Founder and CEO Richard Liu told CNBC recently that a trade war would be “horrible” and it would end up hurting a lot of American brands. He also said current uncertainty gave the company pause over its U.S. expansion plans.

The Chinese e-commerce company competes aggressively with Jack Ma’s Alibaba in China’s massive e-commerce market. Both companies have invested significantly in technology, retail and logistics to win over consumers.

JD.com’s partnership with Tencent allows the e-commerce company to sell directly to consumers through the WeChat app.

At the same time, JD.com also teamed up with U.S. retail giant Walmart in the grocery business. Reports said Walmart opened a small high-tech supermarket in China where consumers can use smartphones to pay for items that are mostly available on its virtual store on online platform JD Daojia, an affiliate of JD.com.

Is Macy's about to reinvent the department store?