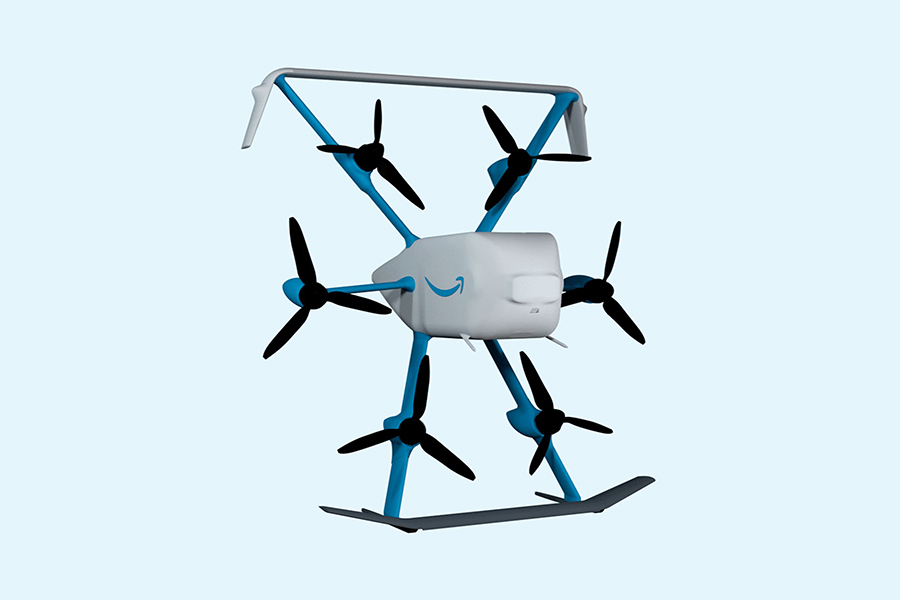 Amazon shared details about its newest delivery drone, expected to begin operating in 2024.

The MK30 is designed to endure a wider range of temperatures, as well as light rain, according to a company blog post. It will also have a greater range, which the company said will provide more opportunities for consumers to leverage the Prime Air fulfillment service.

The propellers, meanwhile, are said to be perceived as being 25% quieter, as the company seeks to bring air-to-yard fulfillment a reality without becoming a menace.

Consumers living in Lockeford, Calif., and College Station, Texas, are expected to become among the first to receive deliveries from the Prime Air service later this year.

“While it’s impossible to eliminate all risks from flying, we have taken a proven aerospace approach to design safety into our system,” noted Amazon. “As always, our newest drone will go through rigorous evaluation by national aerospace authorities like the Federal Aviation Administration to prove its safety and reliability.”

While all consumer goods companies and retailers are challenged by the last mile, few are taking their ambitions as high as Amazon. Retailers such as CVS and Walmart have experimented with drones, though they’ve partnered externally with companies that include Flytrex and UPS.

Amazon said in June that Prime Air is one of just three drone-delivery companies that’s completed the FAA’s air carrier certificate process, which will be required to operate drones using such capabilities as sense-and-avoid to deliver items without visual observers and operate safely at greater distances.

The drones can not only identify both static and moving objects, according to Amazon, but can also change course accordingly confronted against them.

Malls have transformed themselves into mixed-use lifestyle centers