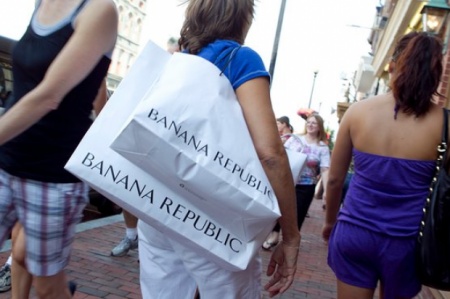 The Banana Republic chain is exiting the U.K. next year, part of a global re-evaluation of the Gap Inc.-owned workwear brand.

Gap is to close all its Banana Republic stores in the UK as the ailing fashion retailer focuses on North America to revive its sales.

The company said it expected to close the majority of the eight UK stores by the end of this year, a Gap spokeswoman told Reuters.

Gap said in May that it would shut 75 Old Navy and Banana Republic stores overseas.

Sales of the Banana Republic and Gap brands have been falling for some time, with comparable sales at Banana Republic stores down 9% last quarter, its sixth straight quarter of decline.

Gap has been struggling to draw shoppers who now turn to fast-fashion retailers such as H&M, Forever 21 and Inditex’s Zara for cheaper and trendier clothes.

Is it even possible to sell “luxury” on Amazon?