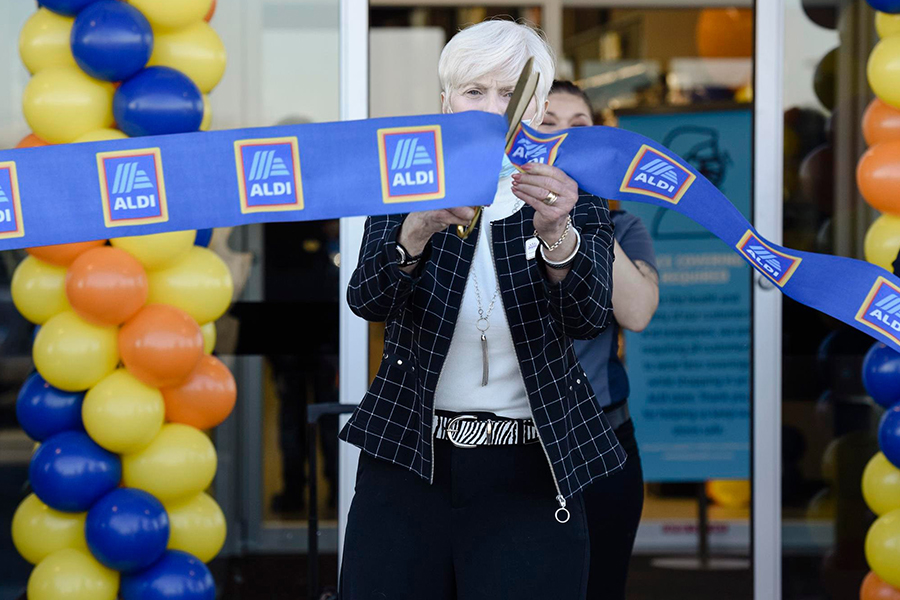 Aldi’s inexorable push across the U.S. continues with the grocery chains expansion into Louisiana last week.

The retailer, which expects to become the third largest grocer in the country by the end of next year, plans to open two more stores in Gulf Coast states next month and 20 additional locations before 2022 is over.

In an online discussion last week on RetailWire, some of the experts on the BrainTrust panel of industry experts saw the current moment as the perfect time for Aldi to amp up its U.S. expansion.

“With the current high inflation rate, consumers will need to look for ways to save on their monthly spending,” wrote Chris Buecker, chairman of International TCG Retail Summit. “Once they discover Aldi, they will not only see that the level of goods is very competitive but also that the product quality of the private label assortment, one of the unique selling propositions of Aldi, is very high.”

“The economic situation we find ourselves in today will only amplify their message and value proposition,” wrote Gary Sankary, retail industry strategy at Esri.

“There is nothing like watching shoppers discover Aldi for the first time,” Jason Hart, Aldi U.S. CEO, said in a statement. “There’s a moment of surprise when they realize just how much they can save by shopping with us. We can’t wait to share that experience with more customers as we add new stores across the Southeast.”

The chain will eventually supply its stores in the region from a new 564,000-square-foot distribution center scheduled to open later this year in Loxley, AL. The DC is expected to support as many as 100 Aldis located in Alabama, the Florida Panhandle, Southern Georgia, Louisiana and Mississippi. The company is looking to hire 200 associates for the warehouse and 300 to fill store roles.

The new Gulf Coast stores will be among the 150 new units that Aldi expects to open this year. The chain has opened 200 stores over the past two years. Its geographical focus for new stores in 2021 was concentrated in Arizona, California, Florida and in the Northeast.

Some on RetailWire’s BrainTrust noted that incumbents in all those regions should keep their eye on the new market entrant.

“The unique thing about Aldi is that they appeal to a multitude of consumers – the budget-conscious, the hunter, the foodie,” wrote David Weinand, chief customer officer at Incisiv. “Expansion will certainly put a dent in their competition.”

Low prices have always been a key branding point among Aldi shoppers who appreciate the chain’s high quality private label lines that all come with a no questions asked satisfaction guarantee. The grocer has emphasized fresh foods and expanded its assortment of organics in recent years in step with changing consumer behavior.

Aldi has remodeled and opened new stores with modern designs, wider aisles, open ceilings, natural lighting and digital signage that promote its house brands. It has also opened some stores that are larger than its typical 16,000-square-foot layout.

The grocer said it would add curbside pickup at another 300 stores, bringing the total number of Aldi locations offering the service up to 1,500. Aldi currently operates around 2,100 stores in the U.S.

These modernizing moves resonated positively for many on the BrainTrust.

And a number of members on the BrainTrust who have been watching Aldi for a long time had a message for competitors: those who underestimate the grocer should think again.

“I still think too many in the industry badly underestimate Aldi in the same way ‘the pundits’ contemptuously dismissed Walmart’s early ventures into food retailing,” wrote Ryan Mathews, CEO of Black Monk Consulting. “Pundits must not shop much. Aldi is going to pick up market share this year – inflation or no inflation. Obviously, as Aldi moves into new markets it’s going to take out marginal players. But Aldi’s genius is that it has never played the same game, or at least by the same rules, as Kroger, or Publix, or any other supermarket chain, so it’s hard for traditional players to compete with them.”

“Aldi has been best known as the ‘silent killer,’” wrote Richard J. George, professor of food marketing at Haub School of Business, St. Joseph’s University. “Aldi enters new markets with little fanfare and quickly develops a sizable consumer following. I see Aldi as the supermarket equivalent to Dollar General – rapid expansion with offerings designed for their respective target markets. What began as a corner store in Germany is now poised to make a real difference in the U.S. The [Albrecht Brothers] should not be taken lightly by competitors.”

How Amazon Plans to Transform Grocery in 2022