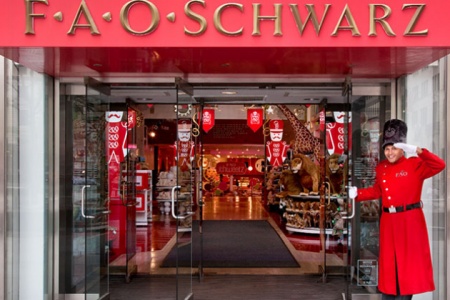 The toy retailer will open locations in Beijing and Shanghai this year through a collaboration with China’s largest toy distributor, Kidsland.

Infacts, Kidsland will also open 30 smaller FAO Schwarz stores and shops in 200 department stores across China over the next five years.

FAO Schwarz also signed an agreement with Hudson Group, one of the largest travel retailers in North America, to open a chain of FAO Schwarz-branded airport shops in the U.S. and Canada. The first will open later this year.

Late last year, it opened shops in more than 5,000 retailers in the U.S.

Burberry Teams up with Farfetch in Online Push