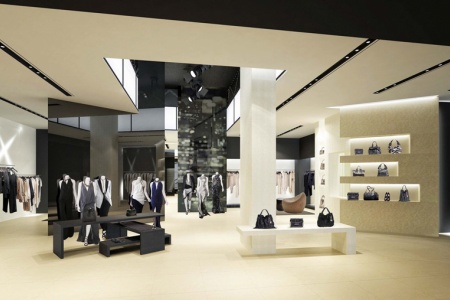 On Sunday, Donna Karan was interviewed on the red carpet at the CinéFashion Film Awards in Los Angeles, CA. The reporter from London’s Daily Mail asked her about the multiple sexual harassment reports which have come out against producer Harvey Weinstein. Karan, who has a well-documented and close personal relationship with both Weinstein and his fashion designer wife Georgina Chapman, of the line Marchessa, smiled as she told the reporter that the women may be at fault.

On Monday, following an onslaught of online outrage, Karan stepped back those comments and issued a statement that read: “Last night, I was honored at the Cinémoi Fashion Film Awards in Hollywood and while answering a question on the red carpet I made a statement that unfortunately is not representative of how I feel or what I believe. I have spent my life championing women. My life has been dedicated to dressing and addressing the needs of women, empowering them and promoting equal rights. My statements were taken out of context and do not represent how I feel about the current situation concerning Harvey Weinstein. I believe that sexual harassment is not acceptable and this is an issue that must be addressed once and for all regardless of the individual. I am truly sorry to anyone that I offended and everyone that has ever been a victim.”

But the damage has been done. Consumers are talking about Karan, and not in a good way. There’s even a call to boycott the brand gaining traction on social media.

According to Brandwatch, a social intelligence and consumer analytics agency, the percent-increase in online mentions of Karan increased by more than 37,000% from Oct. 8 to 10, and mentions of DKNY increased by more than 3,100%. Analysis those mentions were largely unfavorable, with 66.5% of categorized mentions of Karan skewing negative. According to Brandwatch, Karan’s defense of Weinstein was the cause and that #BoycottDKNY has accumulated more than 4.4 million impressions, making the hashtag among the most used in these conversations.

The question now is how much permanent damage this will have on Karan’s brand. “A lot of times, we as consumers have a short attention span and we have short term memory disorder,” said Deb Gabor, CEO of Sol Marketing, a brand strategy consultancy. “But what seems so grave about the Weinstein situation is that people were really hurt, and what’s happening here is shaking the brand of Hollywood. It’s causing pain — physical, emotional, mental, psychological. We’re talking someone who deliberately hurt other people. And if you believe that a brand is a sum total of its beliefs and values, and that the reason people pick brands is because they align emotionally with a similar set of values and beliefs, then we have had those values and beliefs shaken all over here.”

According to Gabor, this means Karan’s alignment with Weinstein, even temporarily, is going to have a lasting impact on her brand, which she founded in 1984. The brand was sold to the G-III Apparel Group in July 2016 for $650 million and Karan stepped down as its head in 2015, but that might not matte

In some ways, the public anger at Donna Karan is particularly vitriolic because of Karan’s own legacy as a designer who focused on empowering women. Her first collection, based on the concept of “Seven Easy Pieces,” was meant to help women solve their wardrobe dilemmas as they tried to shatter gender stereotypes and break glass ceilings in the corporate workplace. “Donna Karan was sort of part and parcel with the working woman’s wardrobe,” said Gabor. “Maybe because of that she’ll be given more negative credit for her alignment with Weinstein. But my prediction will be that she will see limited retail impact, and more impact on the business-to-business side, from principled retailers who will decide not to carry the line.”

Women don’t just comprise Karan’s core customer base for her previous lines, but are also Karan’s core consumer in her recently launched Urban Zen lifestyle brand. It’s not surprising then, that women in particular were outraged at Karan’s statements. According to Brandwatch, women comprised 65% of unique authors talking about Karan and DKNY in the wake of her statements. That’s going to make it particularly difficult for Karan, who will need to win back the customers she alienated if she hopes to recover.