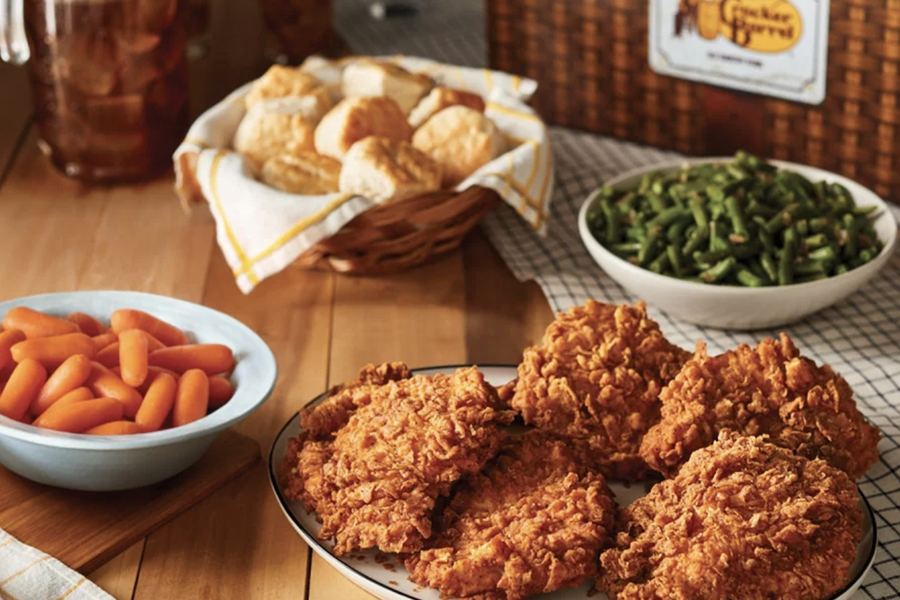 Cracker Barrel’s debut in Los Angeles through a virtual brand helps it circumvent the city’s steep real estate prices —the highest in the country— while testing the waters of a broader rollout.

In its recent earnings call, CEO Sandra Cochran said the company expects to retain at least 60% of the growth in off-premise sales experienced during the pandemic, with plans to draw in even more customers through advertising, awareness building and partnerships with third-party delivery companies, as well as through its virtual brands.

“We believe the work we did to enhance our digital systems and launch our digital store was foundational not only to our continued growth in off-premise, but also to improving the frequency of visits from the core users of the brand,” she said.

The company is also planning a loyalty program launch in the second half of the year, which should further drive customers to its digital properties.

Several casual dining chains have added virtual brands throughout the past year as an added revenue stream after a devastating 2020. TGI Fridays plans to expand its partnership with C3 after yielding success with its virtual Krispy Rice brand. C3’s digital brands each generate an estimated $1 million per outlet, according to the company. Applebee’s recently launched Cosmic Wings, while Bloomin’ Brands brought its Tender Shake concept national, and Denny’s launched The Burger Den and The Melt Down. Brinker International estimates its It’s Just Wings virtual brand could generate $150 million annually.

That’s not to say virtual brands are a silver bullet. Marketing can pose a challenge if a concept isn’t brick-and-mortar, while third-party delivery apps also feature plenty of competition.

Still, Cracker Barrel must like what it sees from the model so far. The company said it has had success with its Chicken ‘n Biscuits virtual brand and is consequently expanding it to more than 660 stores this month. It is also launching The Pancake Kitchen in 100 stores this quarter.

How 3D and Augmented Reality are Changing the Home Industry