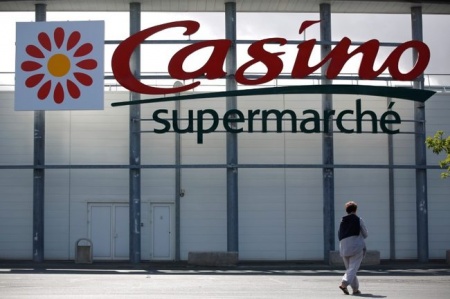 French supermarkets Casino and Auchan have begun talks on a forming a partnership regarding the purchasing of food and non-food items, as competition intensifies within the domestic sector.

The companies said on Tuesday that they were in talks to jointly negotiate purchases with their main, multi-national food and non-food suppliers.Casino’s planned partnership with Auchan in this area comes just a week after it struck a deal with Amazon.Casino and Amazon said last week that groceries sourced from Casino’s Monoprix supermarket arm would be available through the Amazon Prime Now app and website.Amazon’s purchase of the bricks-and-mortar retailer Whole Foods Market Inc for $13.7 billion (£9.7 billion) last year, along with a deal for Amazon Prime to sell products from the British supermarket chain Morrisons , have led to speculation that Amazon could bid for a retailer or form a partnership in France.Casino already has another delivery partnership with UK online retailer Ocado , signed last year.In January, Casino’s French rival Carrefour also said it would seek a partnership in China with Tencent in the face of competition from Amazon.