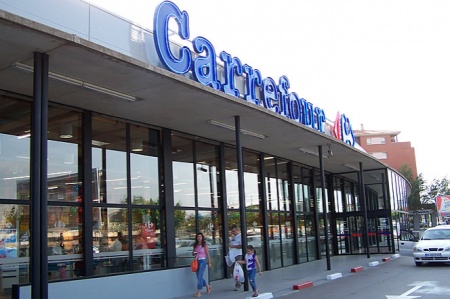 “Today’s announcement marks an important milestone for the project, as we enter into the next phase of development and start to form partnerships with future tenants. We are currently in discussions with a number of leading retailers and expect to make further announcements in the coming months,” he added.

Reem Mall is being developed by the National Real Estate Company in partnership with United Projects for Aviation Services Company.

It is a 2 million sq ft retail, leisure, dining and entertainment destination, located on Reem Island, the new master-developed residential and commercial zone on the eastern side of Abu Dhabi’s mainland, which will eventually be home to more than 210,000 residents at maturity.

Construction of Reem Mall started at the end of 2015, with project completion and mall opening slated for late 2018.

Reem Mall will include 450 stores including 85 food and beverage outlets and a diverse portfolio of edutainment and entertainment anchors. Reem Mall will also house the world’s largest indoor snow-play park, a 125,000 sq ft indoor amusement space.

Miguel Povedano, executive regional director, Majid Al Futtaim Retail, Carrefour franchisee in UAE, said: “Today’s announcement marks a significant step for Majid Al Futtaim Retail, as we continue to grow our Carrefour presence across the UAE. As one of the region’s most developed retail markets, Abu Dhabi presents a very attractive investment opportunity, and the Carrefour hypermarket in the upcoming Reem Mall development will further cement our presence in the region.”

At the same time, in an effort to compete with Amazon Prime Now, three Carrefour Market outlets are to trial a one-hour delivery system, Linéaires.com reports.

The new service has been called Carrefour Now. Postal delivery company La Poste will deliver goods ordered online by bicycle from the Market stores in rue de Seine, rue de Rochechouart et rue des Pyrénées, which are located in, respectively, the sixth, ninth and twentieth arrondissements of the French capital.

Amazon Prime Now was officially launched on 16 June in France. It offers subscribers access to 18,000 SKUs, and guarantees delivery within an hour.

Aldi US launches New Never Any! A line of simpler meats