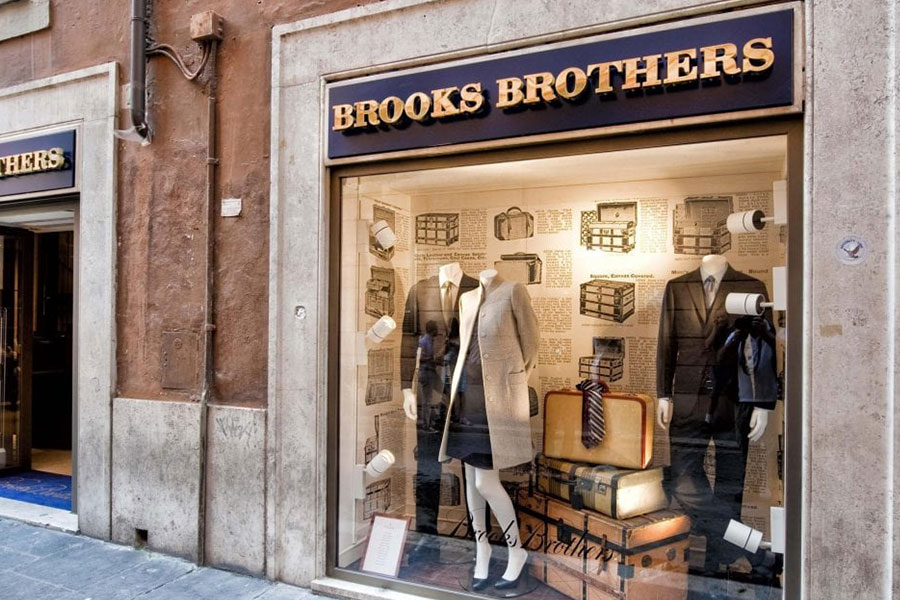 Brooks Brothers Group Inc. filed for bankruptcy, felled by the pandemic’s impact on clothing sales and its own heavy debt load.

The two-century-old apparel company is the latest to succumb as lockdowns during the coronavirus outbreak add to the woes of old-line retailers. Neiman Marcus Group Inc., J. Crew Group Inc. and John Varvatos Enterprises Inc. each filed for bankruptcy since the virus took hold.

The Chapter 11 bankruptcy filing in Delaware allows Brooks Brothers to keep operating while it works out a plan to turn the business around and pay its debts. The company listed assets and liabilities of at least $500 million each in court papers, and lined up a $75 million bankruptcy loan from WHP Global, owner of the Joseph Abboud and Anne Klein brands, according to a statement.

The pandemic has hit Brooks Brothers hard, shuttering office buildings and hurting demand for business wear as people worked from home. The retailer has been trying to sell itself since last year as many of its roughly 250 U.S. locations struggled with declining sales, Bloomberg reported earlier. The effort to find a buyer will continue with an auction during the bankruptcy, and Brooks Brothers expects the process to wrap up in a few months, according to the statement.

Brooks Brothers employed about 4,025 people before furloughing most of its workers amid the pandemic, court papers show. About 1,125 of the company’s employees are not furloughed as of Wednesday.

With its first store in 1818 on the corner of Cherry and Catherine streets in lower Manhattan, the company’s simple, classic suits became a staple on Wall Street. Brooks Brothers, which calls itself the oldest U.S. clothing retailer, has dressed U.S. presidents including Abraham Lincoln and now sells men’s, women’s and children’s clothing.

The store began its international expansion with a Tokyo flagship in 1979 and opened more than 250 locations outside the U.S. The stores have become a burden as consumers shift toward more casual work clothes and online purchases.

The company is seeking court approval to honor some $35 million of outstanding gift cards and continue its customer loyalty program as well as return and exchange policies.

The case is Brooks Brothers Group Inc., 20-11785, U.S. Bankruptcy Court for the District of Delaware.

U.S. may need another 1 billion square feet of warehouse space by 2025