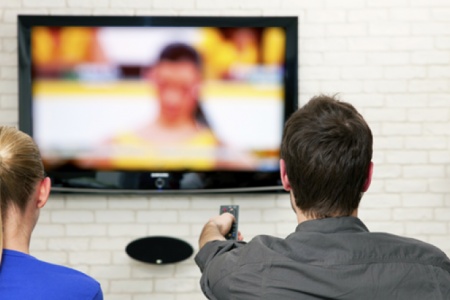 While offering original movies and TV shows has long been touted as a perk to boost Prime membership, Amazon is rolling out another way to capitalize on its content: product placement.

“The first shows will exhibit dishes from the northern island of Hokkaido and feature local comedy duo Taka and Toshi, who found nationwide fame with Yoshimoto,” according to Nikkei.

Viewers will be able to tap Amazon’s “1-Click” icon to order certain products featured in the program.

The initially planned four episodes will run around 40 minutes each. Future videos will feature other places in Japan, as well as “some locations overseas,” Nikkei says.

“The idea that you could have whatever you want by just clicking a button is certainly enticing, but having the ability to constantly consume is a weird future, to the say the least,” wrote Leslie Horn onVocativ, a news site focused on media and technology. “Although, I’m sure most people have had the experience of watching, say, an episode of Anthony Bourdain’s ‘No Reservations,’ and wondered what the culinary oddity he’s sampling tasted like. With Amazon’s new strategy, one wouldn’t have to wonder.”

The one-click proposal expands on the Dash Button, Amazon’s one-click replenishment system launched in 2015; the one-click “Buy it Now” button on its website, as well as the one-command ordering through the Echo voice-enabled assistant.

Past studies have shown that among the main reasons for online cart abandonment are the need to enter a shipping address or payment information and unexpected shipping costs.