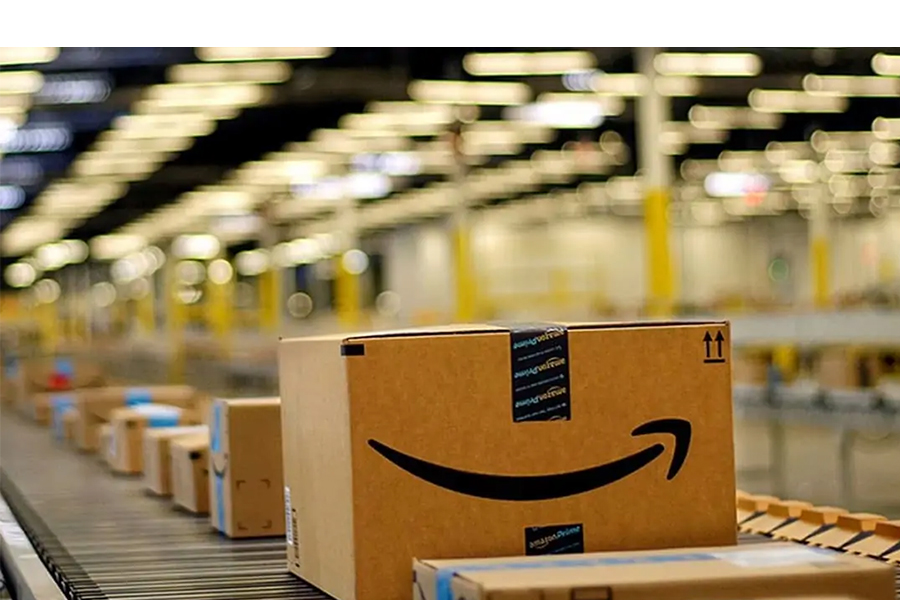 In Suzhou, China, online toy shop owner Cameron Walker relies on Amazon to ship nearly a million packages for his business every year. The 42-year-old’s toy business, which designs and manufactures toys and craft materials in China and then sells into English-speaking markets including the UK, US, and Canada, has been running on Amazon’s third-party fulfillment service, Fulfilled by Amazon (FBA), since 2016. (Walker asked WIRED not to disclose the name of his business because successful businesses on the site are often attacked by competitors who report fictitious issues to Amazon to try to decrease their standing online.)

“We’re almost exclusively through Amazon, something like 90-plus percent,” he says. The business is in the top three of the biggest child-focused arts-and-crafts brands on Amazon in the UK, and amongst the top in the United States and Canada.

“It’s an awesome scaling program,” he says. “For a minimum amount of money, you can scale a business with almost no infrastructure.”

Walker is almost wholly reliant on Amazon’s warehouses and shipping capabilities, leaving him to handle product design, manufacturing, and marketing. He hasn’t considered any alternatives or competitors. “That was the plan from the beginning,” he says, “because it’s the easiest.”

But easy doesn’t come cheap. When Amazon announced it had built or bought $2 billion too much warehouse space, Walker and other third-party FBA customers received a letter. In the UK, it said that their FBA fees would be rising 4.3 percent due to a “fuel and inflation surcharge.” In the US, where the price hike took effect slightly earlier, it was deemed necessary “to partially offset the higher permanent operating costs we face going forward.”

The FBA service allows third-party sellers to store their products in Amazon fulfillment centers and offload picking, packing, shipping, and customer service to the online retail titan, as well as take advantage of Amazon’s Prime delivery service speed. It is used by many companies.

“With all the warehousing Amazon’s got, it makes it easier for them to do fulfillment, because they’ve already got products everywhere,” says Ben Graham, marketing operations manager at a nutritional supplements company called Toniiq. “They’re already running those lorries around and about, so it’s simple for them to say, ‘We’ll just ship it. It’s fine.’” But Toniiq is looking to draw down its reliance on Amazon, in part because it was attacked by a competitor, temporarily locking it out of Amazon and the FBA facility, and impacting its sales.  The company couldn’t even fulfill orders made through its own website, because it used FBA for the process.

“You’re completely at the mercy of Amazon,” says Graham. “It makes it harder to offer any kind of value. You end up with significantly lower margins on Amazon than you would offering the products on your own website.” The ecommerce giant is cheaper than many competitors, Graham admits, but its dominance means that when price rises come in, it’s Amazon’s way or the highway.

“In 2022, we expected a return to normalcy as Covid-19 restrictions around the world eased, but fuel prices and inflation have presented further challenges,” says Amazon spokesperson Dagmar Wickham. “It’s still unclear if these inflationary costs will go up or down, or for how long they will persist. Beginning May 12, we will implement a fuel and inflation surcharge of 4.3 percent on top of our current FBA fee per-unit rates in the UK, Germany, France, Italy, and Spain.” Wickham denied there was a connection between fee rises and Amazon’s spare warehouse space.

The alternative is for sellers to build their own or rent space in independent warehouses—challenging enough at any point, never mind at a time when the market is squeezed. The warehouse vacancy rate in the UK is 2.8 percent—the lowest it’s ever been, according to  Kevin Mofid, head of industrial and logistics research across Europe, the Middle East, and Africa for the real estate firm Savills, and a specialist in warehouses. In the US, the vacancy rate is 4.4 percent, he says, with variations depending on the market. (On the coasts, vacancy rates of less than 2 percent are not uncommon.) “The market is so tight at the moment that anyone, not just Amazon, is having to think strategically about how much space they need, and how much they might need in the future,” Mofid says.

These conditions dissuade most businesses from trying to chance their luck going it alone—or with a competitor—and instead they swallow the price hikes. “I can totally see how people would say it’s kind of like a frog in boiling water,” says Walker. “The costs are only going in one direction.” At the same time, business is getting more challenging for FBA sellers.

Walker points to Amazon’s business model, which requires more new sellers to repeatedly come into the space, driving prices down for customers at the same time as fees go up. “That gap is getting more and more narrow,” says Walker. “A lot of people sell their business, or get eliminated altogether. And for the rest of us, you just need to be more and more efficient. You really have to be running a tight ship.”

In a low-margin sector, the demise of sellers during the pandemic has impacted Amazon too. Amazon overcommitted to warehouse space during the pandemic, expecting continued strong growth for its online retail platform, which didn’t materialize. Now it’s left paying for empty shelves. In 2019, shipping and fulfillment costs were responsible for 28 percent of Amazon’s operating expenses. Now they’re 35 percent.

At the height of the pandemic, the ecommerce giant “literally committed to as much as we could, to handle the volume that we saw,” Amazon’s chief financial officer, Brian Olsavsky, said in the company’s first-quarter earnings call. “We’ve come out of a very tumultuous two years,” he added. “We are glad we made the decisions we made over the past two years. And now we have a chance to right-size our capacity to a more normalized demand pattern.”

It’s impossible to know where the unused warehouse space lies, says  Mofid. “I don’t think you’d be saying: ‘This warehouse is empty and that one isn’t,’” he says. “It’s more likely that they just won’t be running at full capacity.”

Nor is it possible to know what proportion of Amazon’s warehouse portfolio is lying empty at present. The company has around 500 million square feet of warehouse space in the United States and United Kingdom, according to Mofid—90 percent of it in the US. That number more than doubled during the course of the pandemic as physical stores closed and online shopping became predominant. Large parts of the storage space owned by Amazon is devoted to its own listings, but in recent years the company has also ramped up FBA. Since 2017, third-party sales have made up half or more of all sales. By the end of 2021, third-party items accounted for 56 percent of all sales through Amazon. The company says 7,400 products are shipped every minute in the US for third-party businesses.

However, Mofid cautions against thinking that Amazon’s empty warehouses are a massive problem that is likely to lead to repeated price rises. “I don’t think it’s as extreme as people are saying,” he says. “They have said they expect that they’ll be utilizing any spare capacity by the time Amazon Prime Day comes around in Q3, and then Christmas in Q4.”