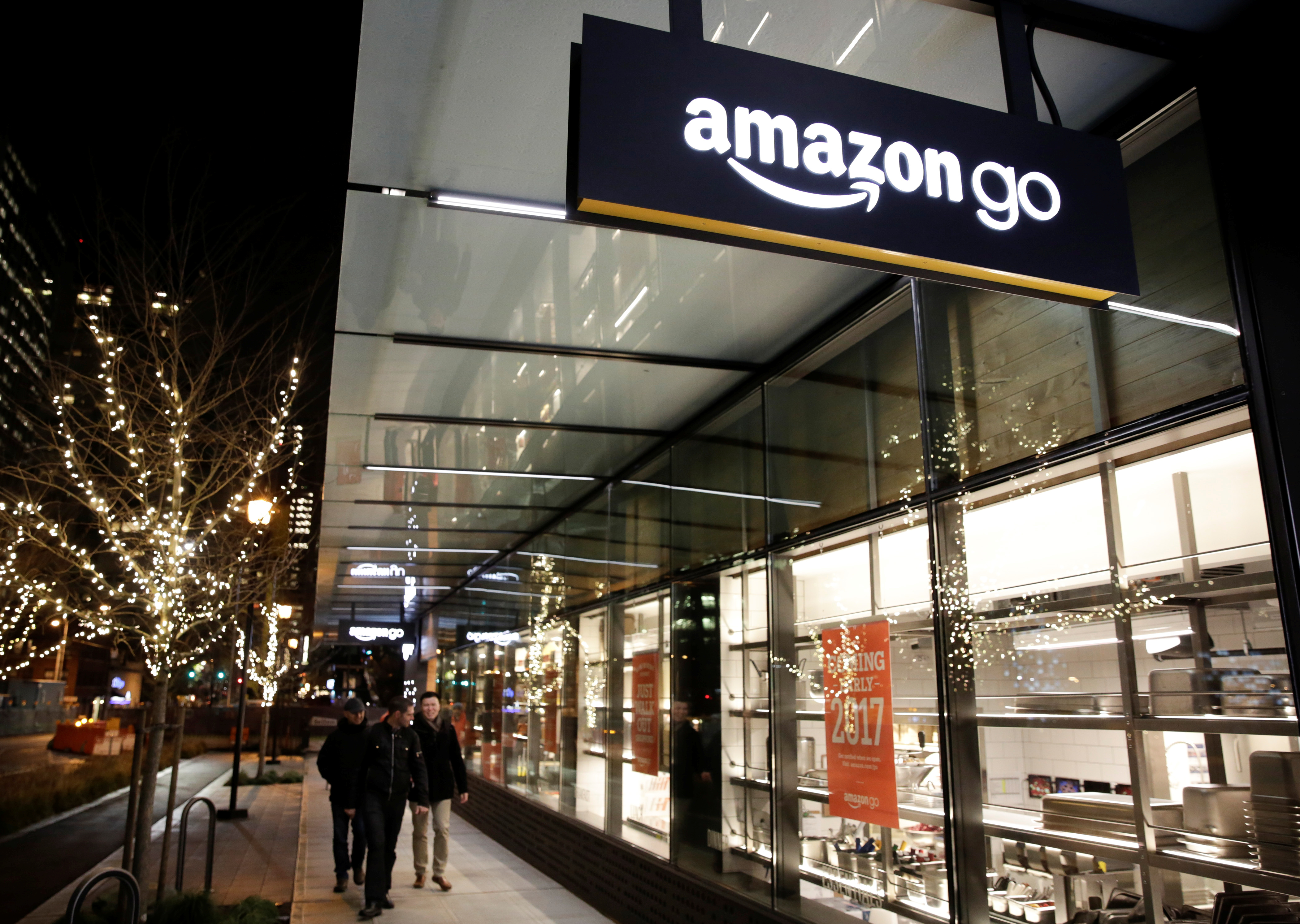 How about getting lunch from a vending machine? Strangely enough, maybe yes. The seemingly antiquated technology behind enterprises such as the Automat are taking on modern aspects and resurfacing in unexpected ways. One version is being rolled out by, no surprise, Amazon. And there are others. Some of these technologies won’t move beyond the beta phase. Others are likely to see great success.

But let’s go back to the future. The famous Automat featured meals, beverages and desserts locked small behind transparent doors. Customers could insert a nickel, in the earliest versions, to open the door and withdraw the product.

The Automat has a very long history. The first one opened by Horn and Hardart in Philadelphia in 1902, and was based on a store that opened a few years earlier in Berlin. The concept spread rapidly to several cities. Within 10 years of Automat’s founding, there were 40 in New York City alone. The location in Times Square became a destination and icon of popular culture.

By the 1970s the concept had long been in free-fall because of competition from fast-food outlets. Plus, inflation meant coins alone weren’t sufficient to buy a credible food product, therefore introducing the complexity to paying with both bills and change. But a few Automats remained in several cities of the Northeast, powered mainly by nostalgia. Soon, all were soon closed or converted to Burger Kings.

So, the Automats disappeared. But in their day, they had a very modern feature: they introduced leading-edge technology aimed at reducing labor costs. There was no need for waiters or cashiers.

This brings us to Amazon Go, the cashier-less food-store concept that features leading-edge technology and sharply reduces the need for in-store labor.

The store brings new meaning to the term “Grab and Go,” since customers need do no more than identify themselves with a smartphone app on their way in. Then they select products they want and simply walk out. The app-registered payment method is automatically (automat) billed.

At first glance, this may seem to be no more than an interesting walk-in vending device; a technology in search of a practical application. The first Go stores were little more than that, but it is a complex AI-based system, which gets better over time. And format changes are underway that may make the concept even more practical and rapidly scalable.

Amazon seems to be changing the original concept of opening urban storefronts of up to 2,300 square-feet in favor of a smaller store model. Indeed, the most recent store opening in Seattle was a tiny 450 square-feet, which is about the size of a room in typical suburban house.

Yet, the miniature size spells simplicity and will enable Amazon to open stores in places such as airports and office-building lobbies. Such locations afford a captive audience in search of simple food solutions. Plus, the concept can be rapidly rolled out. There are nine Go locations of various sizes now open, but the numbers will soon increase.

Kroger has partnered with Microsoft to experiment with a smartphone-app-based system with several features, including an interface with Kroger’s “Scan, Bag and Go” self-checkout system; shoppers can scan items on their smartphones as they’re selected and bypass checkout.

Other facets of the technology include signaling shoppers that they’re nearing an item they’ve entered on their shopping list. Displayed on their smartphones are item price, nutritional and promotional information. It will also lead shoppers to the next item on their list.

The system also has several backstage elements for store personnel use.

Kroger is piloting the system in just two stores, of its nearly 2,800, and intends to license the system to other retailers if it works out. That may be a steep climb, though, since other mass-scale supermarkets won’t want a Kroger system. That leaves smaller chains as potential clients. But few smaller chains could make use of a technology of such complexity.

Meanwhile, back to vending machines as a cashier-less device. A restaurant in a New York City hotel is using a machine to dispense various treats, available at any time since there is no room service. Technology developers are also marketing machines to restaurants, schools and hospitals that dispense frozen yoghurt and the like. One bar in Los Angeles has a vending machine for champagne.

In Korea, convenience store chain 7-Eleven sells as many as 200 food and beverage items from vending machines. Chain E-Mart is also rolling out vending machines that sell a wide variety of food product. Of course, there are countless non-food applications. Uniqlo even sells jackets and vests in vending machines in U.S. airports and malls in several cities. Best Buy sells various electronics accessories from airport vending machines as well.

In sum, the cashier-less trend has legs, but there are conflicting tensions surrounding the concept. On the plus side, consumers are increasingly attuned to buying products without interacting with any person. But the process has to be kept simple and convenient.

As for the latter, consider Walmart’s experience. A few months ago, Walmart canceled a smartphone-based cashier-less system test in 125 stores because of low shopper usage. Shoppers found the system too difficult to use.

Amazon’s Go technology could solve that problem, but there’s a long road to travel before it’s routinely applied to something as complex as all but the simplest apparel retailing, or any product of variable features, sizes or anything sold by random weight.