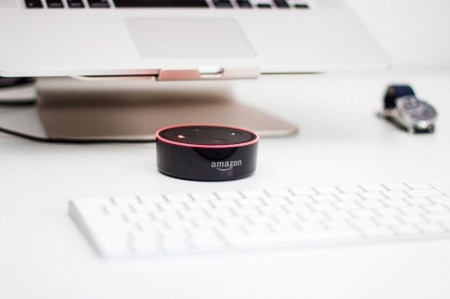 Amazon, the world’s largest online retailer started humbly in Jeff Bezos’s garage on July 5, 1994, has been growing dramatically from the time it opened up the shop. It has expanded from only selling books to an ecommerce and tech titan.

Amidst lawsuits and disputes, Amazon still continues to grow strong and is now closing in on Walmart and CVS, which are the largest retail companies in the world. It’s expected to sell $12.6 billion items by 2020, and reach a market capital of $910 billion by 2027.

When the company had just started, Jeff Bezos took the game to his biggest competitors at the time by hiring mobile billboards to run by Barnes & Noble’s stores with the question, “Can’t find that book you wanted?” along with the Amazon website address.

Amazon didn’t have it easy in its early days just like most startups. Barnes & Noble sued the company in 1997 alleging that Amazon’s slogan “Earth’s Largest Bookstore” was a false claim. It also took about seven years for the company to start making a profit, and this profit of $5 million came in January 2002.

In 2013, when its site went down for 49 minutes and Amazon made losses of about $5.7 million, the company minimized its credibility loss by putting up a branded placeholder page that said “Oops” within a few minutes.

To further have a more engaged and productive workforce, Amazon launched a pay to quit program in 2014 whereby every year it offers its staff $2,000 to resign. It increases this amount every year by $1,000 until it reaches the maximum cap at $5,000. Hence, only those passionate about working for it remain at the company.

Amazon designed its current logo to portray a smile that goes from A-Z as a sign of its willingness to deliver everything to everyone in all parts of the world.

Unlike most of its competitors whose success depends on inventing products, Amazon’s success was based on the “flywheel” philosophy of making its services easier, better, and cheaper to attain for its customers, rather than inventing the services.

In its early days, Amazon constructed its desks from cheap doors as a cost saving measure. It reportedly still hands out a “Door Desk Award” to employees who implement thrifty ideas.

To further appreciate Amazon’s journey and get inspired by it, check out more interesting facts in the infographic below:

5 Strategies Macy’s Is Betting On to Power Its Turnaround