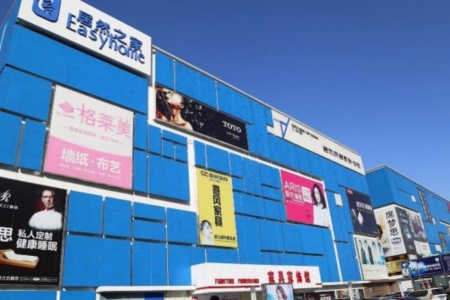 Alibaba has taken another step in its quest to build a new retail empire. The Chinese tech titan announced today that it will invest approximately RMB 5.45 billion (around $866 million) for a 15% stake in Easyhome (居然之家), China’s leading home improvement supplies and furniture chain operator.

Alibaba will support the digital transformation of Easyhome’s 223 stores in 29 provinces, autonomous regions and municipalities across China. From home design to refurbishment projects, the two parties will provide customers with end to end home improvement solutions, according to an official statement.

The deal comes after aggressive offline expansion made by Alibaba under Jack Ma’s newly coined term “new retail”. The format has seen initial application in a string of offline sectors, either through homegrown brands like Hema and Tao Cafe, alliance with offline retailers like Auchun, or direct investment in retailers such as Sun Art Retail Group and Intime.

This is not the first time for the company to touch home furnishing sector, which boasts a US $130 billion market valie driven by Chinese people’s increased pursuit of a “great life”. After launching a designer home product store House Selection in late 2016, Alibaba opened an IKEA-styled home furnishing flagship store September, 2017.

Amazon's Delivery Dream Is a Nightmare for FedEx and UPS